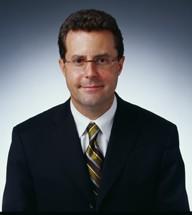 Sony's certainly been fairly candid when discussing the PSP Go in the past, but SCEE CEO Andrew House went quite a bit further than usual in discussing the download-only handheld with MCV recently. When asked if he considered the PSP Go to be a success, he responded by saying that it was "introduced in a mature lifecycle to learn more about what the consumer wanted," and that Sony has "definitely learned a lot," adding that "one of the reasons we launched PSP Go was to understand where that consumer behavior was going." He further went on to say that Sony was "getting signals from consumers that this was the kind of device that they wanted," but says that Sony needs to "recognize that consumers like their packaged media library." Does that mean a return to physical media for the eventual PSP 2? House unsurprisingly wouldn't say, but we have a feeling Sony will be getting plenty of questions about it at E3 next week.

In this article: andrew house, AndrewHouse, game downloads, GameDownloads, playstation portable, PlaystationPortable, psp, psp go, PspGo, scee, sony, UMD
All products recommended by Engadget are selected by our editorial team, independent of our parent company. Some of our stories include affiliate links. If you buy something through one of these links, we may earn an affiliate commission.
Share
Tweet
Share