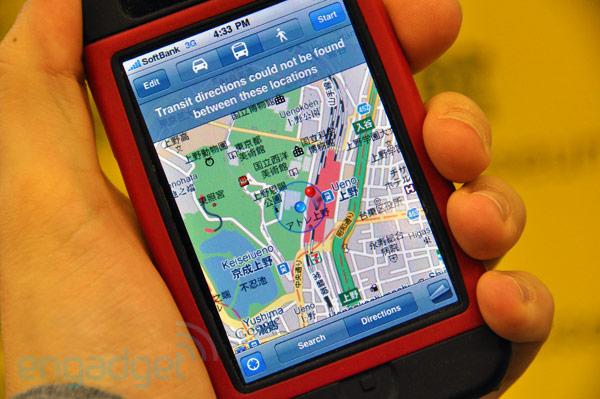 It's a harsh reality that every avid traveler faces, and unless you're fortunate enough to have been born in a generation where you're not expected to check your inbox every half-hour, glance over Twitter updates every 7.23 minutes seconds and tell the world where you're at this very moment via Foursquare, you've probably found yourself wondering how on Earth you're going to remain connected once your swipe that passport and leave the comfy confines of a native network. Staying connected while traveling abroad is no easy task, and while the internet may feel ubiquitous to tech-savvy smartphone owners who remain planted within the borders of their home nation, the world wide web suddenly becomes a whole lot less easy to track down once you plop down on foreign soil. Looking to splurge on a little international travel this summer, but can't figure out how you're going to (affordably) upload those Twitpics and YouTube videos once you get there? Fret not, young jetsetter -- we've got the keys to keeping you connected whilst overseas just beyond the break.

Obviously, staying connected primarily consists of two things: having access to voice communication (we'll bundle SMS into this) and having access to the internet at large (WiFi, mobile broadband, WWAN, you catch our drift). We'll start with a few basics on keeping a lock on voice communications while heading overseas, and while every situation has their own nuances, we're hoping to hit the high points here that'll at least aid everyone in some way or another.

First, a factoid: America and Canada are just two of an extremely small group of nations that support CDMA. For those unaware, Sprint (and it's MVNOs Boost Mobile, Assurance Wireless, Common Cents Mobile and Virgin Mobile), Verizon Wireless, US Cellular and pretty much every other regional carrier not named AT&T, T-Mobile USA or Suncom uses CDMA. Frankly, it works great, and VZW / Sprint have the subscribers to prove it. Unfortunately for those headed far, far away from North America, there's an overwhelming chance that your CDMA phone won't even get a signal in the nation you're landing in.

When it comes to global communications, GSM / W-CDMA is the surefire winner; there's not a semi-developed nation on the planet that doesn't support GSM (or iterations of it), so if you're looking to talk on your mobile while in a foreign land, we'd highly recommend toting an AT&T or T-Mobile handset with 3G support. We say "with 3G support" because a great many nations (Japan comes to mind) have moved well beyond EDGE, and their mobile towers won't support any technology that's older than what we know as 3G. To make a long story longer, if your device has a SIM card (which looks like this), and you can get a 3G signal in America, you're good to go.

Not an AT&T or T-Mobile subscriber? Not all hope is lost... yet. Select phones on Sprint and Verizon Wireless can be used internationally, even in GSM-only nations. If you've got a "worldphone" (enterprise BlackBerry customers would know best), there's a good chance that your CDMA handset has a SIM card in there as well specifically for times when you head somewhere that requires a jaunt through immigration. We'd suggest calling your carrier and having them double check to see if your handset is suited for international usage, and if so, you can continue right along reading. If not, we'll toss you a bone in just a few paragraphs.

Let's assume that your current mobile is equipped for voice communication overseas. Great. One hurdle crossed. If you think it's absolutely imperative that you be able to make and receive calls on your exact mobile number, you're going to be paying dearly for the privilege, no matter how you slice it. International voice minutes on a cellphone are absurdly expensive, even with prepaid global minute packs from your carrier. Here's a quick breakdown of what it'll cost you to make a minute-long call in France and Canda, just to give you a general idea of how bad an idea it is to use your existing mobile number to make / receive calls outside of the country. We also threw texting and pay-per-use data rates in as well. Mind you, all of these values can shrink (oftentimes dramatically so) if you purchase a monthly global calling plan or pre-pay for global data, but it's never "cheap" to roam.


So, you're essentially hosed if you need to make voice calls from your mobile while outside of the country, right? Hold up a second, vaquero -- don't go killing that Kayak.com window just yet. Thanks to a magnificent invention by the name of Skype, there's an infinitely more affordable way to make and receive calls when you're away from home soil. If you fully expect to be making and taking a slew of calls to your mobile, we'd buy up a pool of discounted global minutes before leaving the States (or your homeland, wherever that may be), and using those only as informational minutes. Allow us to explain.

Let's say you get a call while trekking through Kenya on your standard mobile number -- the one that all 1,842 of your clients has embedded in their contact list. There's a smart way and a dumb way to handle this situation. The latter would involve you yakking away for an hour, while the former would be for you to take the call, inform him / her of your whereabouts and then tell them when you'll be able to return their call. Unless it's a dire emergency, the other caller can afford to wait an hour or two to chat, during which time you'll be finding yourself a WiFi hotspot.

At this point, we're going to assume you've equipped yourself with a smartphone capable of running Skype; the app is currently available for Android, iPhone OS, BlackBerry OS and Windows Mobile (this one's janky, though), so the vast majority of existing smartphone owners should be taken care of (webOS users notwithstanding). Before heading out on your journey, we'd suggest throwing a $10 or $20 (or more, if you're a heavy talker) credit onto your Skype account, which will allow you to make calls back to your homeland from $0.021 per minute (full rates are here). Notice how much cheaper that is than calling on a foreign cellular network? Oh, and just because some carriers will allow you to make a Skype call over 3G, doesn't mean you should. You don't want to pay Skype and data roaming charges for a single call, now do you?

Where this really gets useful is when you bring Google Voice into the equation. Skype users can already assign a dedicated number to their account so that their WiFi-connected smartphone will ring should someone dial in, but Google Voice enables calls to be accurately routed and voicemails left in a centralized location. Simply direct your Google Voice number to forward onto your Skype account, and your clients back home may never know you've stepped away from the office. We will say, however, that you'll want to think this over and get it sorted one way or another before leaving home.

If you've got yourself a CDMA phone that won't roam on a GSM network (hint: most won't), at least your options are narrowed to one. You'll be renting a phone once your reach your destination airport, but thankfully, most major airports in foreign lands make this surprisingly easy. Obviously, every airport is different, but most have a number of phone rental shops just before you head outside and hail a taxi. Aside from running into language barriers (though if you speak English, chances are there will be instructions there for you), the biggest pain here is communicating your temporary phone number to your loved ones back home, while simultaneously telling them that it'll cost them dearly if they need to dial up that international number. But hey, that's the price you pay for having the ability to make mobile calls on a whim while visiting somewhat far, far away from Kansas. One thing to be mindful of here, however, is that some nations do not allow for inter-carrier texting; for example, an NTT DoCoMo phone in Japan cannot text someone on SoftBank. If you and your buds are heading over someplace, it's smart to all rent mobiles / SIM cards from the same carrier. Here's an video explanation of how to rent a SIM card overseas from our good pal Nicole Scott at Netbook News.

We know, that's a lot to digest, and most of it may seem like common sense to the technophile. If you're looking for the quick and dirty recommendation list for getting connected overseas, you've landed in the right section.Most of all, we'd encourage you to get off the grid and have a little fun. But when it comes time to connect, do your homework before dialing / connecting. Psst... please do us all a favor and drop your hottest tips for staying connected while abroad down in comments below!