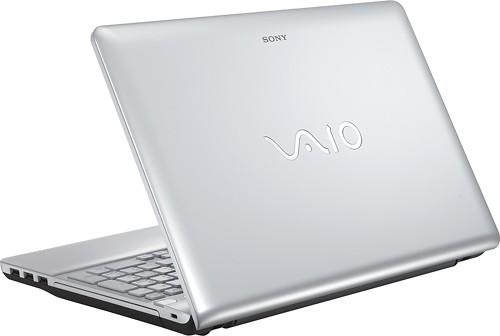 We've been keeping a close eye on AMD's big laptop comeback over the last couple of months, and in addition to gaining steam with HP, Dell, Toshiba and Lenovo, it appears AMD's also gotten Sony back into its court. Both Fry's and Best Buy are now carrying AMD Athlon II X2-powered machines, and as you may expect, the prices are quite tempting. Conversely, the Intel-based lineup ranges from $699 to $799, but until we get our hands on one of these ourselves, there isn't exactly a fair comparison to draw at this point. You can hit the source links for the complete specs, but the 15.4-inch EE Series with 4GB of RAM / 320GB of storage and a Blu-ray player is going for $650 while the 17.3-inch EF with a 500GB hard drive for $720. Both also have integrated ATI Mobility Radeon HD 4250 graphics, but regardless, the move certainly bodes well for AMD's newest processor / graphics, since it appears that Sony hasn't used AMD in its systems since 2005. We guess a welcome back hug is in order.
In this article: amd, amd athlon ii, AMD Athlon II Neo, AMD AThlon II x2, amd neo, amd neo dual core, AmdAthlonIi, AmdAthlonIiNeo, AmdAthlonIiX2, AmdNeo, AmdNeoDualCore, ati, ATI Mobility Radeon HD 4250, ATI Radeon, AtiMobilityRadeonHd4250, AtiRadeon, best buy, BestBuy, frys, FrysElectronics, SONY, sony vaio, Sony Vaio E, Sony VAIO EF, SonyVaio, SonyVaioE, SonyVaioEf, vaio
All products recommended by Engadget are selected by our editorial team, independent of our parent company. Some of our stories include affiliate links. If you buy something through one of these links, we may earn an affiliate commission.
Share
Tweet
Share