Acer comes clean with new Aspire One availability and pricing 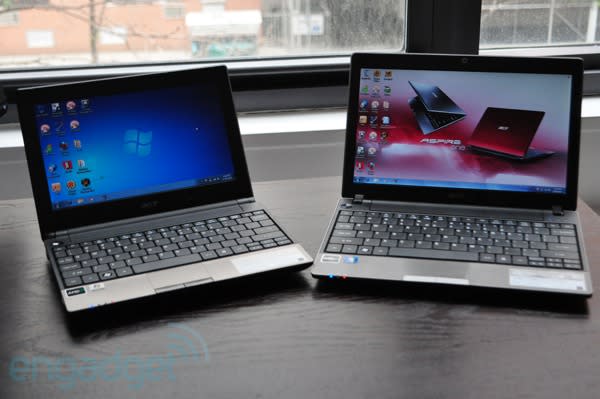 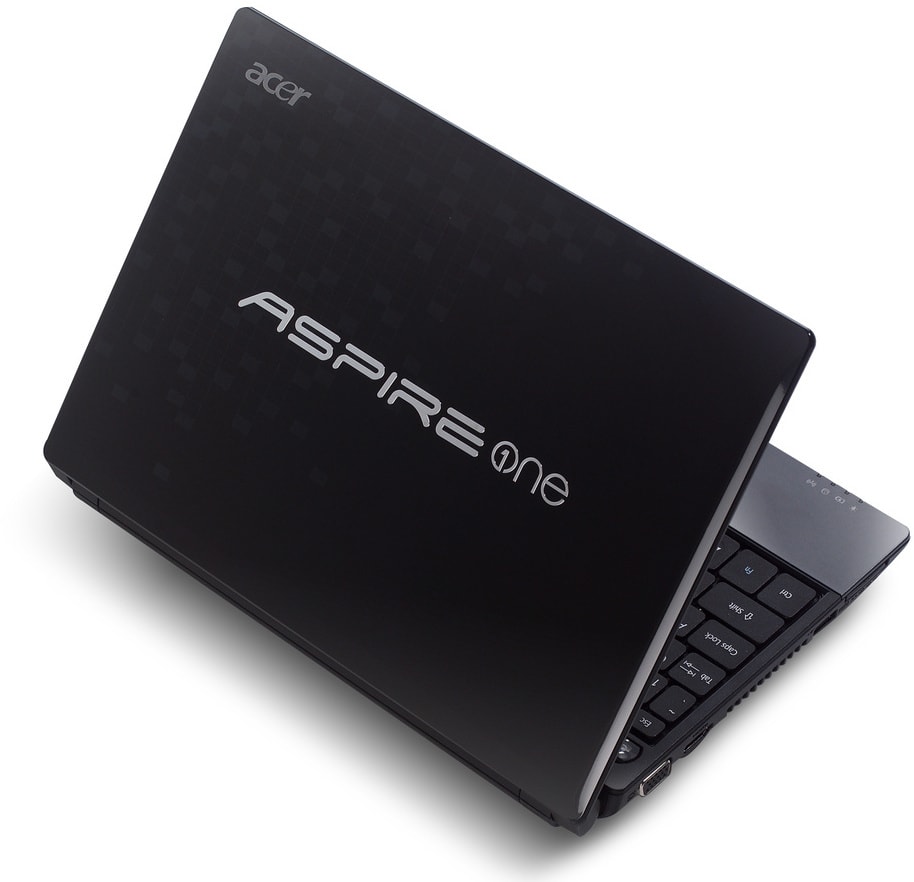 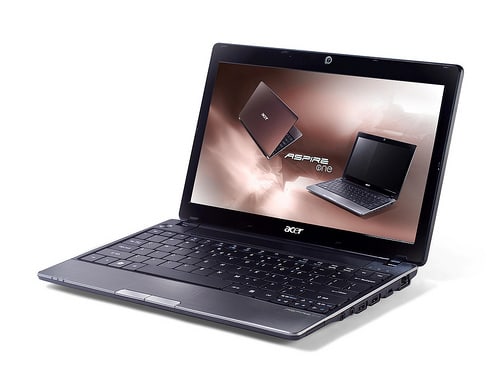 On the surface Acer's 10.1-inch Aspire One 521 and 11.6-inch Aspire One 721 appear to be fairly run-of-the-mill netbooks -- or ultraportables for those that are morally opposed to calling a laptop with a 11.6-inch display a netbook. They're rather small machines, measure just about an inch thick, and ring up at under $430. But there's a lot more than meets the eye with this Aspire One duo – instead of Intel Atom or ULV processors, both are powered by a new AMD 1.7GHz Athlon II Neo K125 processor and promise 1080p playback thanks to ATI Radeon HD 4225 graphics. We've certainly been pumped about these two systems since their French debut, but fear of AMD's usually poor battery life and scorching temperatures have been holding us back from all-out excitement. Do we have nothing to fear but fear itself? We've spent the last few days with these two systems, and will reveal all in our full review after the break.

Be the first to review the Aspire One 521?
Your ratings help us make the buyer’s guide better for everyone.
Write a review

Not yet scored
Acer
Aspire

Be the first to review the Aspire One 721?
Your ratings help us make the buyer’s guide better for everyone.
Write a review

The Aspire One 521 and 721 clearly share the same design heritage, but they're obviously very different, as shown in the picture above. For one, the 11.6-inch 721 is obviously longer than the 10.1-inch 521, yet both are still exceedingly portable and only measure 1.1-inches at their thickest point. The 721 weighs in at 3.1 pounds, while the smaller 521 is a slightly lighter 2.8 pounds. However, the clearest differentiator between the two is their lids. The 521's glossy mocha cover has a Tetris-like pattern which is adorned with a large silver Aspire One logo. We've picked on this design decision a bit in previous posts, but we're happy to reiterate our dislike. A bit of branding here or there has never bothered us much, but do we need someone across the coffee shop seeing a large logo on our laptop? Nope, and it just seems tacky. We much prefer the small Acer logo on the 721's matte mesh lid, which will be available in red, navy and black.

In terms of the build quality, the two systems are made entirely made of plastic, and we noticed the bottom screen was coming loose on both machines. We find this to be the case with most budget Acers -- they aren't the most durable systems, but for the price they're decently made. The 521 and 721 have the same allocation of ports – an HDMI, VGA, and a single USB port live on the left edge, while an additional two USB jacks, Ethernet and headphone and microphone sockets are positioned on the right. Both also have 3-in-1 card readers. The bottom of the machine provides easy access to both the RAM and hard drive compartments, so you shouldn't have a problem swapping them out if that's your thing.

The 521 and 721 have the same chiclet keyboards that Acer's been using on its recent netbooks and laptops, albeit the 521's is narrower. While the rounded keys are well-spaced and have a slight gap between them, overall we just find them to be too flat. We got used to typing on the very level panel, but the plastic keys still don't really mold to your fingers. Both systems have rather small touchpads that are flush with the metal-like palmrest. They're fine for navigating, but the multitouch gestures are very off -- two finger scrolling barely worked in Firefox and IE. We like the dedicated right and left mouse buttons, though the ones on the 721 are incredibly stiff.

The 521 has a typical 10.1-inch, 1024x600 resolution netbook display, but given its ability to handle 720p content we wish it had a higher 1366x768 resolution like the 11.6-inch 721. Obviously, the 721's 11.6 inch screen is roomier; we preferred using it over the 521 to write this review as we could keep multiple windows open on the screen. Both LCDs had decent horizontal view angles, but the vertical angles were pretty shoddy. The small machines have two speakers underneath the front edge – they aren't going to fill a large room, but they'll do when it comes to watching a movie or listening to some tunes while working.

We know, this is part of the review you've been waiting for – the part where we answer if AMD has made improvements in battery life, graphics, and heat, and if they can start to really compete with Intel in the small laptop space. Well, the answer isn't that cut and dry, but we're happy with what we've seen. On the performance side of things, the 1.7GHz Athlon II Neo processor scored right in between Intel Atom and Intel ULV CPUs on benchmarks, which in our opinion is a perfect place to be. We'll let the benchmarks below speak for themselves, but in everyday performance we found the systems to be relatively snappy – especially after we uninstalled the McAfee Internet Suite. Both the 521 and 721 kept up with our everyday chores, which included simultaneously writing in Microsoft Word 2007, surfing the web in Firefox, chatting in Digsby, and checking our Twitter feeds in Tweetdeck. When we threw in a 720p video into the mix, we noticed it took a few more seconds to open the file, but it played back flawlessly.


And graphics is exactly where the single core AMD Athlon II Neo / ATI Radeon HD 4225 combo beats any Atom-based netbook, and even rivals NVIDIA Ion based systems. (Note: we haven't reviewed the $484 Eee PC 1201PN which is the only Ion 2 system on the market). The 521 and 721 didn't shrug at playing local 720p and 1080p files – they even played them smoothly when outputted to a 40-inch HDTV via HDMI. They also handled 720p YouTube videos like champs; though going up to the 1080p setting caused stuttering. On the gaming front, the machines aren't going to rip through any first person shooters, but they managed an admirable 28fps in World of Warcraft. That's really not too shabby, and NVIDIA's Ion systems are no longer the only netbooks on the market that can claim superior graphics performance. And there's no doubt that ATI's Radeon HD 4225 graphics is a better choice than Broadcom's Crystal HD decoder -- the ATI graphics didn't force us to choose a specific browser or program for playing back high-def video as Broadcom's chip did on the Dell Mini 10.

So, that battery life... AMD has definitely made strides in that arena, though we'd still like to see more when it comes to endurance. When we reviewed the Lenovo ThinkPad X100e with a 1.6Ghz AMD Athlon Neo MV-40 and very large 63Wh battery, the system didn't run for longer than four hours on our video rundown battery test, which loops the same standard def video at 65 percent screen brightness. Both the 521 and 721 with only 48Wh batteries got over three hours on that same test – the 521 ran for four hours and two minutes and the 721 for 3.5. In everyday use we saw each get about a half an hour to 45 minutes more runtime. Sure, we wish these two got above five hours for comfortable NY to LA plane rides and without a doubt Intel Atom netbooks with the same batteries would last longer on a charge, but with the added performance you get from the 521 and 721 it's a sacrifice we assume some will be willing to make. (Note: we've asked Acer about extended battery options, and we will update this review when we get an answer back.) We also saw improvement in terms of heat – both systems did get slightly warm on the left side near the fan, but when we kept them on our lap it wasn't bothersome and didn't burn through our jeans like the X100e.

Acer continues to load these puppies up with quite a bit of software. There's both Norton Antivirus and McAfee preloaded along with a Netflix and eBay shortcuts on the desktop. Removing most of this junk noticeably sped up performance.

We had a hunch AMD was sitting on some good stuff given the number of laptop makers that have been picking up their new chips, but, as they say, seeing is believing. These two laptops aren't perfect and their battery life is disappointing, but for their price we are impressed. At $349 the Aspire One 521 is one of the most powerful 10-inch netbooks on the market now, and though it may not last as long on a charge as Atom-powered one, it's miles ahead in terms of managing Flash and HD video. No, we're not the biggest fans of the huge logo on its lid, but its price and performance are sure to win over someone looking for a 10-incher.

Though, if we had to choose we'd go with the 721 -- for $80 more than the 521 you get more than just a secondary machine with its wider screen and keyboard. Of course, if you consistently demand more than four hours of battery life you'll want to go with an Intel ULV laptop, but most of them cost north of $700. And well, that's exactly what AMD's going for -- Acer now has two incredibly affordable and portable laptops that pack more performance than most netbooks and budget ultraportables on the market.
In this article: 521, 721, acer, acer aspire one, AcerAspireOne, amd, AMD Athlon II Neo, AMD K125, AmdAthlonIiNeo, AmdK125, aspire one, aspire one 521, aspire one 751, AspireOne, AspireOne521, AspireOne751, Athlon II Neo, Athlon II Neo K125, AthlonIiNeo, AthlonIiNeoK125, ati, ATI Radeon HD 4225, AtiRadeon, AtiRadeonHd4225, netbook, NetBooks, notbook, review, ultraportable, ultraportables
All products recommended by Engadget are selected by our editorial team, independent of our parent company. Some of our stories include affiliate links. If you buy something through one of these links, we may earn an affiliate commission.
Share
Tweet
Share