HP Slate lookalike spotted in China, might beat the real thing to the market 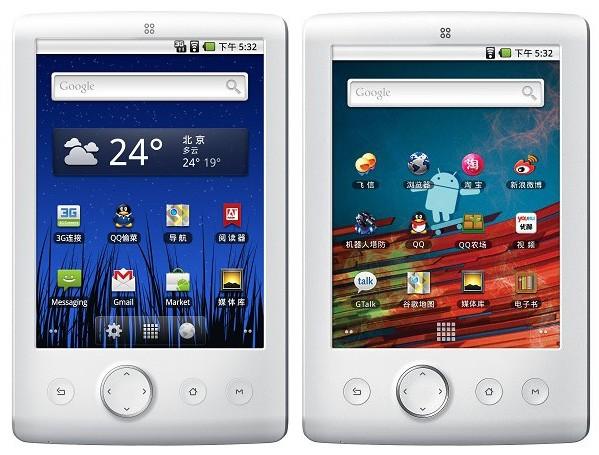 Don't worry, it's not déjà vu -- these SmartQ T7 tablets may appear just like their Ubuntu-riding R7 sibling, but they offer Android 2.1, an integrated 3G option, a speedier 720MHz CPU, and a colossal 4,700mAh battery -- 1,400mAh more than before! If that's woken you from the slumber brought on by yet another boilerplate tablet, SmartQ's also boasting support for a similarly impressive range of video codecs, meaning you can grab any RMVB, AVI, MKV and WMV files (even at 1080p) from your various, ahem, sources, and just play them back on the 7-inch LCD (probably at 800 x 600 like the R7) as they are. If you're cool with just WiFi connectivity, then go for the ¥1,480 ($219) T7; if 3G is a must, be prepared to dole out ¥1,880 ($278) and ¥1,980 ($292) for the EVDO and WCDMA flavors of the T7-3G, respectively. And if you're hanging out with China Mobile, price for the TD-SCDMA version's to be confirmed later.
In this article: 3g tablet, 3gTablet, android, android 2.1, android e-reader, android tablet, Android2.1, AndroidE-reader, AndroidTablet, china, e-reader, eclair, ev-do, evdo, google, smartq, smartq t7, smartq T7-3G, SmartqT7, SmartqT7-3g, t7, t7-3g, tablet, td-scdma, wcdma
All products recommended by Engadget are selected by our editorial team, independent of our parent company. Some of our stories include affiliate links. If you buy something through one of these links, we may earn an affiliate commission.
Share
Tweet
Share