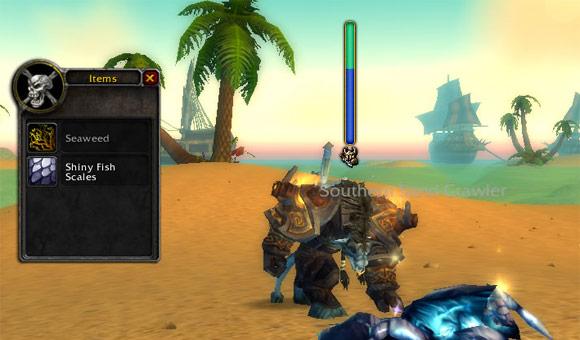 If there's been a theme to this week, it's been interfaces and modding. Both EverQuest II and Lord of the Rings Online have had announcements related to their interfaces, be it re-skinning or new Lua functionality being installed. However, it was these two articles that set off the Rube Goldberg device in my head. They reminded me just what I thought about mods.

My relationship with mods has always been iffy. While I certainly appreciate what they do for us in our many MMOs, they also irk me to no end. While I understand (and totally support) some mods, there are others that I'd rather offer to Zuul.

Now don't get me wrong, I don't hate the mods because they're not useful. It's quite the opposite, in fact. Sometimes, I think mods are too useful. When you start skipping social interactions in favor of an e-peen number, that's the point where mods are going over the line.


Interface mods: They are useful, don't get me wrong

Maybe they hate the UI and want to change it to feel more comfortable or to suit their particular style. Maybe they want to add some fun games into the UI, so they can do something while they wait for the gryphon. Or maybe there are elements of the UI that they just don't want to see anymore, as they find them unnecessary. You can't account for all of that, no matter how hard you try.

This is where giving your users the power to modify the interface is a real boon. Instead of devoting your team to working on interface fixes, skinning, and other tasks that only satisfy a small portion of your population, you can let the players work on it themselves. Your developers are now free to work on additional content and art assets while the players have the power to make the UI exactly how they want it to be. It's really a win/win for everyone involved.

That is, until you start programming the game to skip playing parts of the game.

Interface mods: Why bother to play when you can be ultimately lazy?

Let me start this section of my column with a small parable. And, before anyone asks: Yes, this really happened. And yes, I know it's a fringe case, but it helps to illustrate my point.

Back in The Burning Crusade of World of Warcraft, I was doing a quest to capture some Arakkoa eggs so they could be purified. The purification process involved taking the eggs to one of the nearby runic circles for purification, or, at least, that's what I can remember. It's been a few years, so give me a break on this one.

Right in the middle of the quest, I ran into a rogue who was doing the same thing. Because there were limited eggs, we decided to team up and take on the quest together. He wasn't the best rogue in the world, but he was pretty good, and we had the area cleared out and our eggs collected in no time flat. However, right when we were done collecting the eggs, he turned and began running out of the small Arakkoa settlement, completely missing the runic circles.

I asked where he was going, and he said, "To turn in the quest, duh." I mentioned the runic circles to him, and he stopped briefly for a moment. "I don't see anything about runic circles. It's not in QuestHelper. I'm just doing what QuestHelper says."

Page 2 of Anti-Aliased>>
In this article: add-ons, anti-aliased, because-reading-the-quest-text-is-hard, burning-crusade, deadly-boss-mods, do-as-the-program-says, featured, gearscore, interface, lua, mod, modding, modding-community, mods, quest-auto-complete-9000, raiding, the-burning-crusade, ui, user-interface, world-of-warcraft, wow
All products recommended by Engadget are selected by our editorial team, independent of our parent company. Some of our stories include affiliate links. If you buy something through one of these links, we may earn an affiliate commission.
Share
Tweet
Share