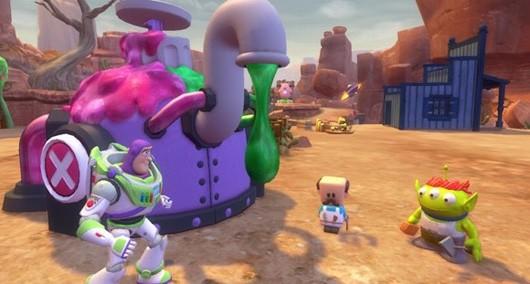 If your concern for the well-being of mother nature has already led you to purchase a hybrid automobile, you might want to think of incorporating your environmentalist considerations into other aspects of your shopping habits. For instance, if you were thinking about picking up Avalanche's video game adaptation of Toy Story 3, perhaps you'd be interested in the title's "Hybrid Premium Edition," which includes the game and the original Toy Story film on a single Blu-ray disc for $64.99.

A recent PlayStation.Blog post announced that the bundle will be released to retailers this week, so keep an eye out for it at your local brick and mortar in the coming days. In the meantime just think about all the endangered species you're preserving by placing the two products into one container.
In this article: Avalanche-Studios, blu-ray, disney-interactive-studios, pixar, playstation, ps3, toy-story, Toy-Story-3
All products recommended by Engadget are selected by our editorial team, independent of our parent company. Some of our stories include affiliate links. If you buy something through one of these links, we may earn an affiliate commission.
Share
Tweet
Share