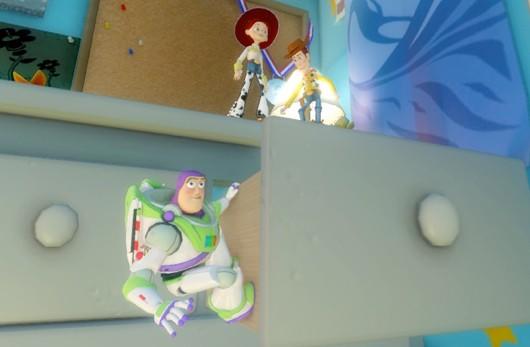 Toy Story 3 sales may be down 17 percent in the UK, but it still had enough buzz to remain atop the All Formats chart for another week. Red Dead Redemption rode hard and moved up three spots to second, while Dance on Broadway commanded the stage at third. Lego Harry Potter used "wingardium leviosa" to float up four spots and Art Academy used dark arts (and some heavy promotion, according to Chart-Track) to move up 23 spots to fifth.

Call of Duty: Modern Warfare 2 dropped to eighth, preventing it from overtaking Dr Kawashima (aka Brain Age) as the UK's "biggest unit seller" ever in the region -- oh well, there's always next week. Finally, the big premiere this week was Madden NFL 11, which took the ten spot. The American football title actually premiered at eighth in its previous iteration, but this time it was missing a Wii release.

In this article: britain, chart-track, Dance-on-Broadway, madden-nfl-11, microsoft, nintendo, playstation, ps3, Red-Dead-Redemption, Toy-Story-3, uk, wii, xbox
All products recommended by Engadget are selected by our editorial team, independent of our parent company. Some of our stories include affiliate links. If you buy something through one of these links, we may earn an affiliate commission.
Share
Tweet
Share