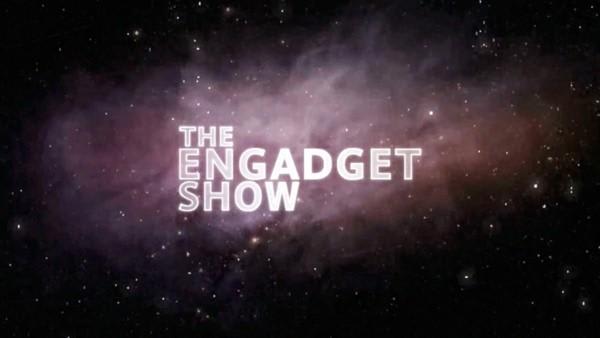 It's that time again, the Engadget Show is back in a big way this Friday, August 27th at 8pm! First up, Josh is sitting down with Samsung Chief Strategy Officer Omar Khan to chat up the company's recent Android sprint, then Engadget's investigative correspondent Rick Karr is back to scale a skyscraper and check up on an AT&T team tasked with improving New York's data infrastructure. Next up, Josh and Paul welcome fellow editor Joanna Stern back to the roundtable and we've got an exclusive live demo of Rock Band 3, plus a special Harmonix surprise... oh, and be ready to rock out to mind numbing chiptunes music, since Zen Albatross and invaderbacca are back for an encore performance! You were wondering about giveaways? You're in luck, because this time we'll be giving away, not one, but four Samsung Galaxy S phones! Yep, we're talking about four phones, on four different carriers, so you know what that means. And if that isn't enough, we're also giving away an insane laptop rig from ASUS, featuring the B53J Eyefinity laptop and three (count em!) ASUS VE276Q Monitors! Whatever you do, don't miss this one! As usual, we'll be doing the giveaways at the live show only, so make the trek and join us at The Times Center in person. If you're geographically incapable of joining us in New York City, just tune into the stream at right here on Engadget.

Sprint is offering 50 guaranteed tickets to the Engadget Show taping to the first 50 entrants who text "ENGADGET" to 467467 or enter online! Standard text messaging rates apply. Click for the Official Rules and see how to enter online.

Note: "Official Rules" needs to be linked to https://www.engadget.com/show-tickets/

In this article: asus, Harmonix, invaderbacca, Omar Khan, OmarKhan, rick karr, RickKarr, rock band 3, RockBand3, samsung, samsung galaxy s, SamsungGalaxyS, zen albatross, ZenAlbatross
All products recommended by Engadget are selected by our editorial team, independent of our parent company. Some of our stories include affiliate links. If you buy something through one of these links, we may earn an affiliate commission.
Share
Tweet
Share