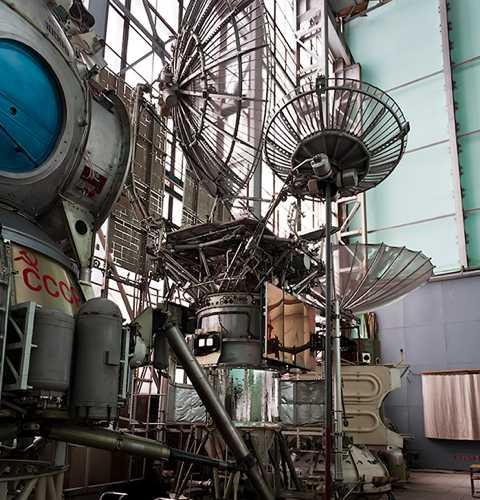 The Russian space program's emphasis on orbital space stations can be traced back to July 1969, when America put the first man on the moon and the Soviet Union scuttled its own lunar ambitions, either destroying or dispersing the hardware in the process. Despite the fact that much of it is still classified, a Russian blogger was recently able to snap a bunch of pics of the gear currently at home in the Moscow Aviation Institute. It's a shame we can't see some of this stuff where it would do the world some good, such as in the foyer of Engadget HQ. Hit up the source link for the rest of the story.
In this article: astronaut, cosmonaut, moon, moscow aviation institute, MoscowAviationInstitute, soviet union, SovietUnion, space, space race, space station, SpaceRace, SpaceStation, ussr, visualized
All products recommended by Engadget are selected by our editorial team, independent of our parent company. Some of our stories include affiliate links. If you buy something through one of these links, we may earn an affiliate commission.
Share
Tweet
Share