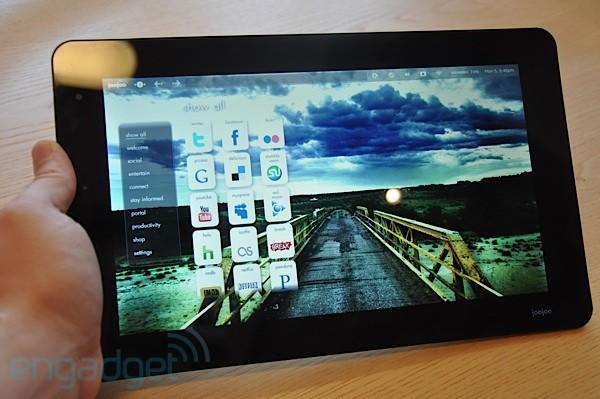 Despite landing with a distinct thud earlier this year, the JooJoo tablet from Fusion Garage is set to make a second run at the iPad in 2011. Instead of the underdeveloped Flash-based software that "powered" the first JooJoo, Fusion Garage has decided to go the Android route for its sequel.

In addition to the software change, the JooJoo2 is expected to transition to an all-new hardware platform as well. The original JooJoo was based on the same Intel Atom processors that power most netbooks. Android can run on this architecture, but it's really optimized for the ARM architecture that powers most cell phones and, of course, the iPad. The JooJoo2 will probably shrink from its current 12-inch size to something in the 7 to 10-inch range. Fusion Garage hopes to launch the JooJoo2 in early 2011, which will probably be right around the time that the iPad 2 appears.
In this article: android, fusion garage, Fusion Garage Joo Joo, FusionGarage, FusionGarageJooJoo, iPad, joojoo, joojoo 2, Joojoo Tablet, Joojoo2, JoojooTablet, second generation joojoo, SecondGenerationJoojoo
All products recommended by Engadget are selected by our editorial team, independent of our parent company. Some of our stories include affiliate links. If you buy something through one of these links, we may earn an affiliate commission.
Share
Tweet
Share