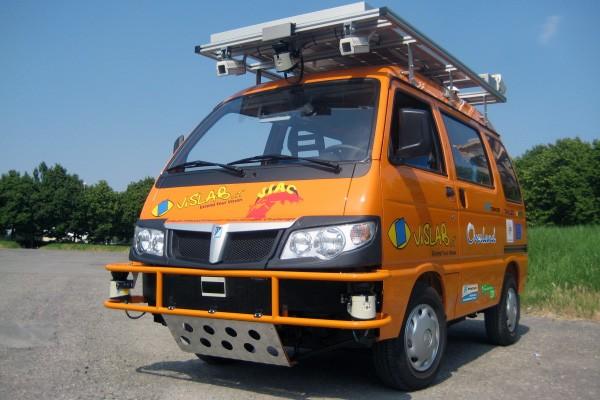 They made it. The team from Visilab, which left way back in July, has arrived in China and will now take its place among the various other random things going on at the Shanghai World Expo. As you may or may not recall, a gaggle of autonomous orange EVs left Italy three months ago on a trip that would take them through cities like Moscow and wastelands like the Gobi Desert, all thanks to an array of laser scanners, cameras, and of course GPS. It was a 13,000km journey (8,078 miles) that was made with minimal driver intervention and, thanks to the EV-nature of the vehicles, without stopping once for gasoline -- though they were limited to about four hours of travel each day before having to recharge. Now, remember when you were impressed that Google's autonomous car managed about 1,000 miles on its own?
In this article: china, driverless, driverless van, driverless vehicle, DriverlessVan, DriverlessVehicle, electric car, electric van, electric vehicle, ElectricCar, ElectricVan, ElectricVehicle, ev, gps, italy, shanghai, shanghai world expo, shanghai world expo 2010, ShanghaiWorldExpo, ShanghaiWorldExpo2010, visilab
All products recommended by Engadget are selected by our editorial team, independent of our parent company. Some of our stories include affiliate links. If you buy something through one of these links, we may earn an affiliate commission.
Share
Tweet
Share