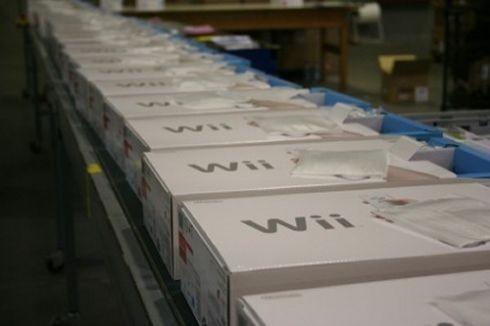 Remember the halcyon days of motion gaming? When the Wii was selling to everyone and everyone's grandmother in such huge volumes that Nintendo couldn't keep up? That time is long-past and, after the most recent disappointing earnings report from Nintendo (which isn't the first), people are beginning to ask the obvious question: when is the thing getting cheaper? For $200 gamers can now choose between a shiny new Xbox 360 or a Wii, and while crimson bundles might help, a price cut would help more. That's not coming soon according to President and CEO Satoru Iwata, saying: "we cannot say [a Wii price cut] will never happen, but we are not thinking of it for the near future." So, when? Well, the last time he said it wasn't getting a price cut that's exactly what it got five months later. Maybe March, then?
In this article: iwata, nintendo, price cut, PriceCut, satoru iwata, SatoruIwata, wii
All products recommended by Engadget are selected by our editorial team, independent of our parent company. Some of our stories include affiliate links. If you buy something through one of these links, we may earn an affiliate commission.
Share
Tweet
Share