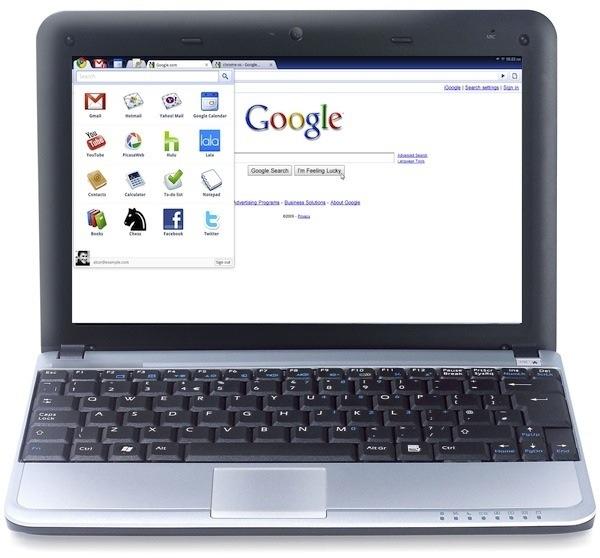 It's almost time to eat turkey and then jet out to Best Buy to be trampled by mad shoppers. Oh yes, the holiday season is just about here, which according to a few posts we've written in the last year means that the Chrome OS netbooks should be as well. Well, it turns out that the Google OS-powered laptops aren't going to arrive this year, or at least not in the way we thought they would. That doesn't mean Chrome OS isn't going to see a bit of an unveil this year, but major manufacturers, including Acer and HP, won't have its own Chromebooks ready before 2011. How do we know? Acer's Jim Wong told us during the company's global press conference that Acer will be launching its netbook based on the browser operating system during the "consumer launch" of the OS next year, while Google has its own agenda and will be doing something "in December." We didn't get to ask if that Acer netbook is in fact the "ZGA" netbook we've seen popping up in bug reports, but our guess is that it will be something quite similar.

So, what does Google have brewing? You remember the Google-branded Chrome OS netbook that we heard about? Well, according to a few of our very own sources, that's exactly what's going to happen. We don't have exact timing details, but we have been told by a few that Google will launch its own Chrome-book a la the Nexus One for "friends and family." As the operating system is still in a beta or preview form, the netbook would be aimed at the development / early adopter community. Specs-wise we don't know all that much, but we've heard that it will be powered by an Intel Atom Pine Trail processor and, just as Digitimes reported, that 75,000 units are being manufactured by Taiwan ODM Inventec. We should mention that the aforementioned Acer "ZGA" was said to be used internally as a "dogfood device" at Google, but we believe this Google-branded device to be entirely different. Inventec, Intel, and Google wouldn't comment on the hardware rumor, but Google did tell us that it would "have more details to share later this year." By our count, that leaves 'em with just about 37 days to spill the beans!

Note: The picture above is just our creative interpretation of what a Chromebook may look like -- don't come crying to us when the actual device looks a lot prettier.
In this article: Atom N450, AtomN450, chrome, chrome os, Chrome OS netbook, chromebook, ChromeBooks, ChromeOs, ChromeOsNetbook, google chrome os, google netbook, GoogleChromeOs, GoogleNetbook, intel atom, IntelAtom, netbook, netbooks, pinetrail, pinetrail n450, PinetrailN450
All products recommended by Engadget are selected by our editorial team, independent of our parent company. Some of our stories include affiliate links. If you buy something through one of these links, we may earn an affiliate commission.
Share
Tweet
Share