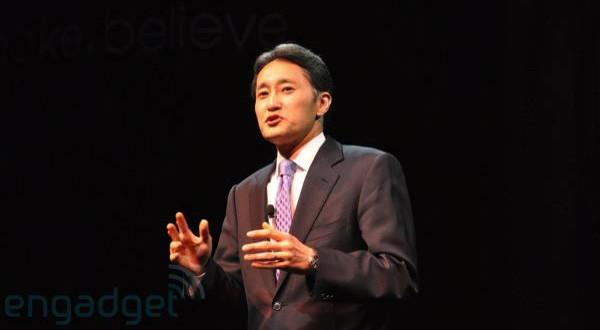 Sir Howard Stringer is a busy man. Currently holding the Chairman, CEO and President titles at Sony, the man's in charge of one of the vastest empires in the history of vastness, which is probably why the company's now said to be looking for someone to succeed him at one of those posts. Bloomberg's reporting that Sony is having internal discussions about appointing a new President, with Kaz Hirai and Hiroshi Yoshioka identified as the names at the top of the pile. The pair are currently responsible for handling one half each of Sony's broad consumer electronics portfolio and it's notable that the Japanese giant seems to be looking for its next great leader from the hardware side of the business. If this speculation does bear fruit, expect the next President to deputize Stringer in the short-term and to eventually succeed him as top banana when the current ruler decides to hang up his cornflower-blue tie.
In this article: ceo, global, howard stringer, HowardStringer, industry, kaz hirai, KazHirai, leadership, president, rumor, sir howard stringer, SirHowardStringer, sony, speculation, stringer, successor
All products recommended by Engadget are selected by our editorial team, independent of our parent company. Some of our stories include affiliate links. If you buy something through one of these links, we may earn an affiliate commission.
Share
Tweet
Share