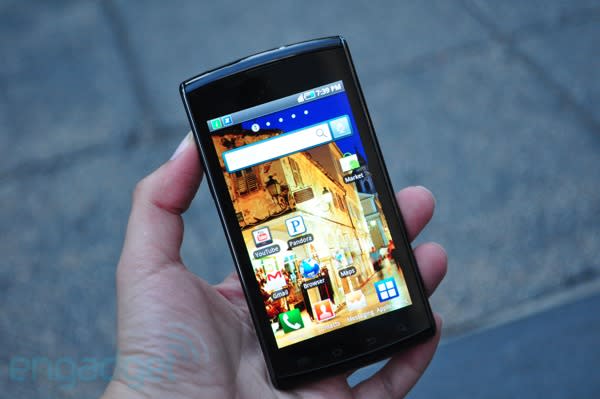 Samsung's beautiful Super AMOLED panels are becoming more and more common in mobile devices, but they're not as common as they could be if there were more of the things flying out of Samsung Mobile Display factories. Predictably that's set to change in 2011, with SMD planning to fulfill its promise and bring another production facility online, while other competitors in Korea, Taiwan, and Singapore will ramp up their own AMOLED facilities in the coming year. Meanwhile, China is said to be working on its OLED supply chain as well, meaning those displays of the passive matrix variety will also be flying off of assembly lines soon. So, 2011 may still not be the year of a chicken in every pot, but it could be the year of glowy organic goo in every smartphone.
In this article: amoled, china, korea, oled, production, samsung, samsung mobile display, SamsungMobileDisplay, shortage, singapore, smd, super amoled, SuperAmoled
All products recommended by Engadget are selected by our editorial team, independent of our parent company. Some of our stories include affiliate links. If you buy something through one of these links, we may earn an affiliate commission.
Share
Tweet
Share