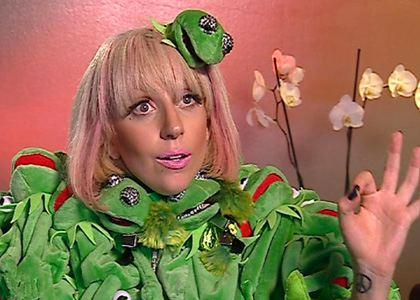 Sometimes these things write themselves! Digital Life Sacrifice is a charity stunt dreamed up by Alicia Keys with the oh-so-laudable goal of raising much needed cash for the Keep A Child Alive charity. How does this work? Several celebs, including Justin Timberlake, Usher, and the indefatigable Ms. Gaga herself will sign out of Facebook and Twitter on World AIDS Day (December 1) and stay out until they collectively raise one million dollars. Aside from the obvious (why the hell would anybody raise money to get Gaga tweeting again?) the very name Digital Life Sacrifice just begs us to ask the question: do these people even know the meaning of the word sacrifice?
In this article: alicia keyes, AliciaKeyes, bono, celeb, celebrity, charity, charity event, CharityEvent, digital life sacrifice, DigitalLifeSacrifice, facebook, internet, justin timberlake, JustinTimberlake, keep a child alive, KeepAChildAlive, lady gaga, LadyGaga, twitter, usher, world aids day, world aids day 2010, WorldAidsDay, WorldAidsDay2010
All products recommended by Engadget are selected by our editorial team, independent of our parent company. Some of our stories include affiliate links. If you buy something through one of these links, we may earn an affiliate commission.
Share
Tweet
Share