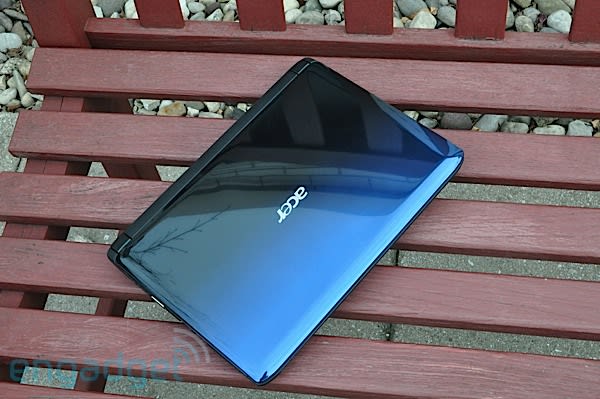 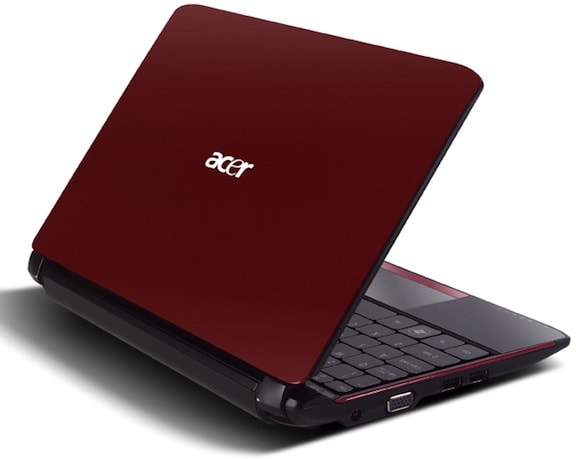 Acer's maintained a steady lead in the race to sell as many netbooks as possible in the past year. That's largely because the Taiwanese manufacturer figured out early that basic netbooks at lower prices would fly off shelves. And the new Aspire One 532h doesn't mess with that formula: the 10.1-inch netbook packs a new Intel Atom N450 processor, 1GB of RAM, Windows 7 Starter, 160GB hard drive and a six-cell battery all for $299. Yeah, we said $299. But at $100 less than most of the competition, how does the 532h compare in quality? What sacrifices, if any, are made for the lower price? We spent some time with the little guy, so hit the break for the full review of one of the cheapest Windows 7 netbooks around. How would you rate the Aspire One 532h?
We want to hear what you think. Post a quick review now to join the conversation!
Write a review

It's clear that Acer didn't want to mess too much with a good thing, since the 532h's design is almost identical to that of the previous Aspire One 751h. The only thing that's noticeably different is the multicolored, metallic-like blue and black lid, which reminds us of those old school hypercolor stickers that would change color with heat. It'd be pretty cool if the lid could do that, but the only thing that changes here is the amount of smudgy fingerprints that start to overtake it (we'd advise going with the silver matte version). But overall the 2.4-pound 532h is quite trim and light, and an .99-inches thick it's thinner than its closest competitors the ASUS Eee PC 1005PE and the MSI Wind U135.

As for the build, the all-plastic chassis doesn't feel any cheaper than those rivals, though it can't hold a candle to the sturdiness of the all-metal and subsequently more expensive Nokia Booklet 3G or the HP Mini 5101. The 532h has the usual netbook port selection with three USB ports, VGA, Ethernet, an SD slot and headphone and microphone jack surrounding the chassis.

Along with almost every other laptop manufacturer under the sun, the 532h's gone the chiclet keyboard route, but just doesn't implement the style quite as well. Though it's spacious, and has two full-sized Shift keys, there isn't enough space between the keys and they feel too flat. Touch typing was a struggle, and even when we got the hang of it we were still mistyping words. Overall we much prefer the keyboards on the Toshiba Mini NB205 and Eee PC 1005PE. Our feelings are also mixed on the flush-with-the-palmrest touchpad which is only differentiated by a grid of rubbery dots. It does feel nice on an index finger, but it's almost too grippy and it's harder than we would have liked to move the cursor. Though the multitouch pad is capable of two finger scrolling, we preferred using the dedicated scroll bar.
The Aspire One 532h's 10.1-inch, 1024 x 600-resolution screen is typical for its class; it's bright, but surrounded by a thick bezel and the horizontal viewing angles are poor. With that said, we were able to manage watching a few video clips with a friend while laying on a couch.

Our Aspire One 532h review unit ($349.99) was outfitted with a 1.6GHz Intel Atom N450 processor, 1GB of RAM, and a 250GB hard drive that boots Windows 7 Starter edition (the $299 version has 160GB of storage). We saw no noticeable performance difference between the 532h and other Pine Trail netbooks; working in Firefox with multiple tabs while simultaneously writing this review in Microsoft Word 20078 was snappy. While playing back a standard-def episode of Cleveland's Kids on Hulu.com was smooth at full screen, the Intel GMA 3150 still cannot play a high-def YouTube without stuttering (where art thou Broadcom Crystal HD?).

The 532h's standard six-cell, 5600mAh (63Wh) battery (the $299 version comes with a six-cell, 4400mAh battery) lasted a solid 6 hours and 31 minutes on our video rundown test, which loops the same SD video at 65 percent brightness. That isn't too shabby for a netbook, and you definitely don't have to worry about dragging the small charger with you for the day, but it isn't as long as the Eee PC 1005PE's 8 hours and 10 minutes. During everyday usage the 532h lasted close to eight hours in our routine of surfing the web and listening to streaming music through Pandora. Oh speaking of music, we should mention that the Aspire One 532h's onboard speakers are actually plenty loud for a netbook. As for preloaded software, there are shortcuts to Netflix and Acer's registration web pages on the desktop, and we found them a nice home in the Recycle Bin.

We have no doubt that Acer will sell loads of Aspire One 532hs. No, not because it's the best netbook on the market, but because it's the one with the best price. Sure, it doesn't have the keyboard or battery life of the $380 Eee PC 1005PE, but that's the difference $80 (or $30 if you go with the higher end version of the 532h) makes. If you can spend a bit more money, at the moment we'd recommend the ASUS Eee PC 1005PE for its stellar battery life, but if you're looking for a small laptop that can get the job done on-the-go for $300 -- a netbook that's truly a netbook -- the 532h makes a fine companion.

In this article: 523h, acer, acer aspire one, Acer Aspire One 523h, AcerAspireOne, AcerAspireOne523h, aspire, aspire one, AspireOne, NetBook, NetBooks, pine trail, Pine Trail Atom, Pine Trail Atom processor, Pine Trail Platform, PineTrail, PineTrailAtom, PineTrailAtomProcessor, PineTrailPlatform, review
All products recommended by Engadget are selected by our editorial team, independent of our parent company. Some of our stories include affiliate links. If you buy something through one of these links, we may earn an affiliate commission.