Mail.app in 10.6.4 pastes screenshots as TIFF 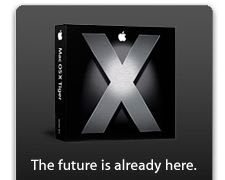 Out of some behind-the-scenes frustration on the TUAW team email list, we seem to have discovered a quirk in Mac OS X 10.6.4. Using the built-in screenshot tools, you can copy a screenshot to the clipboard using Command + Control + Shift + 3 (or 4, for the crosshairs screenshot). From there you can paste into Preview or Mail or any other application which can take images from the clipboard.

The issue presents itself when you paste into Mail.app or Mailplane. Instead of using your preferred format for screenshots, the images are pasted as a TIFF file. Several TUAW staff members were able to replicate this on 10.6.4, but it does not seem to have been happening in 10.6.3. If you paste into Preview.app instead, your image format preference seems to be honored. [May only be affecting a subset of users, see update below.]

While there's nothing inherently wrong with TIFF as a pasteable format, it does mean that your screenshot pastes may be a lot larger than you expect. It also may adversely affect the ability of iPhone/iPad users to see the screenshots you paste into emails.

There are many different image formats that you can choose for screenshots (BMP, GIF, JPG, JP2, PSD, SGI, TGA, PDF, PICT, PNG, or TIFF, to be precise) but most people probably use JPG or PNG. You can find out which you use by going to Terminal.app and typing (or copy/paste):

We're interested to see how many folks can duplicate this. Try these steps:

1) copy a screenshot to the clipboard
2) switch to Mail.app and paste it (you may have to actually send the image to someone to see what format it is in)
3) switch to Preview.app and paste it, then save it (to see if your image format preference is honored)

Did you get the same format results in steps 2 and 3? What version of Mac OS X are you using? Let us know in the comments.

Update: It looks like most of the readers who were able to reproduce our result had their screenshot format set to JPEG rather than the more common PNG; if it's set to PNG it appears to behave 'normally' rather than putting TIFFs in the clipboard. Curiouser and curiouser.

In this article: 10.6.4, bug, screencapture, screenshot
All products recommended by Engadget are selected by our editorial team, independent of our parent company. Some of our stories include affiliate links. If you buy something through one of these links, we may earn an affiliate commission.
Share
Tweet
Share
Save