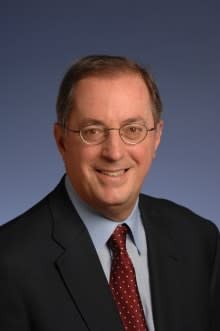 Today's Wall Street Journal has a few key words from Intel CEO Paul Otellini, with a few comparing his company's Google TV approach to the refreshed (and now Intel-free) Apple TV. The biggest revelation is a mention that Google TV will start shipping this month (more specific than Google's own fall prediction of a few days ago) with no word whether that includes products from Sony, Logitech or both. According to Otellini, Intel's success will mean using "the right chip for the right job," and that includes getting its hands dirty on the software side, where he claims his company is responsible for 50% of the code in Google TV. When asked about Apple's simplified approach to the living room he referenced them as two different approaches that may appeal to different audiences, pointing out Apple TV as something his mother might enjoy while his son could make use of Facebook on the Google TV.

Oh, and the $7.68 billion Intel dropped on McAfee last month? He considers it a "valuable asset" and says the best security relies on a combination of hardware and software. The theme of the day is how Intel can compete beyond the PC, but whether it's tethered to the TV or in tablets, the head guy is confident Intel's industry partners won't let Apple run away with either.
Via: Electronista
Source: Wall Street Journal
In this article: apple tv, AppleTv, ceo, google tv, GoogleTv, intel, mcafee, Paul Otellini, PaulOtellini
All products recommended by Engadget are selected by our editorial team, independent of our parent company. Some of our stories include affiliate links. If you buy something through one of these links, we may earn an affiliate commission.
Share
Tweet
Share