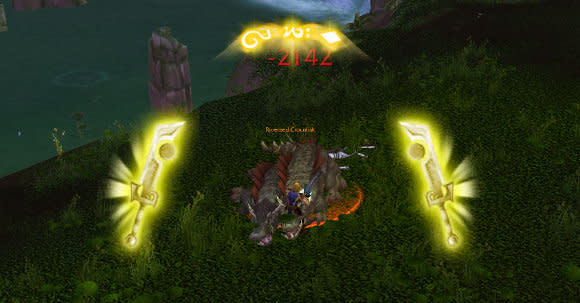 Early this morning, a player by the name of Koosh posted an idea to the official achievements forum: Why not add class- or role-specific achievements? If implemented, could these achievements be used to help players learn the specifics of their class? Koosh uses Team Fortress 2 as an example, and I think it's an excellent one. If you're unfamiliar with the game, Team Fortress 2 is a competitive (but light-hearted), class-based first-person shooter.

Here are some examples of Team Fortress 2 class achievements:
Achievements like this push you to learn how to play your class and how to play it well. It might be a very strong tool for training players in World of Warcraft. Interrupt 1,000 spells as a rogue? Use Anti-Magic Shell to absorb 1,000,000 damage? Replenish 150,000 points of other players' mana with Innervate, as Koosh suggests?

Readers, do you think this would be a viable way to teach players how to use all of the tools at their disposal? What achievements do you think your class should have?
In this article: achievements, anti-magic-shell, class-achievements, forum-thread-of-the-day, innervate, koosh, pyro, role-achievements, scout, soldier
All products recommended by Engadget are selected by our editorial team, independent of our parent company. Some of our stories include affiliate links. If you buy something through one of these links, we may earn an affiliate commission.
Share
Tweet
Share