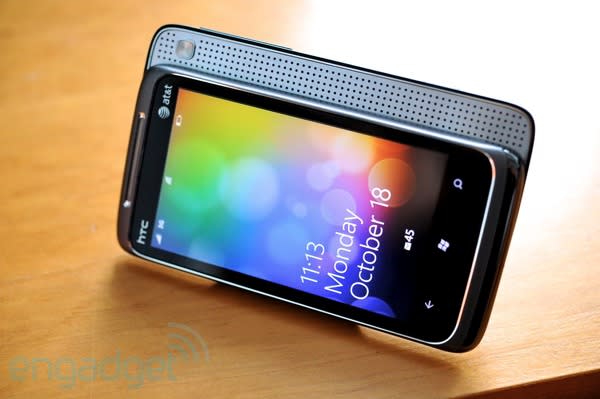 CES 2011 saw the debut of what could be the biggest challenge to the Wintel dominance of personal computing since Windows 95 cemented its position. The combination of the Android operating system on ARM processors -- ARMdroid if you will -- grabbed most of the attention in the emerging tablet category on products such as devices such as the Motorola Xoom and LG G-Slate. But it was also clear that manufacturers -- unconstrained by Cupertinian notions of what operating system is best suited to what kind of device -- are willing to take the combination in new directions that come much closer to the notebook form factor. A clear example of this was the ASUS Eee Pad Slider. If having the tablet thunder stolen from Microsoft wasn't enough to make the company uncomfortable, clearly encroaching designs like this were.

And so, at Steve Ballmer's keynote, the company announced that the next version of Windows will support not only x86 offerings from Intel and AMD – themselves moving closer to ARM-like system-on-chips – but ARM designs from companies such as Qualcomm and NVIDIA as well. Microsoft noted that the new chip support was requested by its partners, implying that PC companies want to take advantage of the long battery life and thin form factors enabled by ARM architectures, but also bring along Windows' broad driver and software support. Microsoft clearly considers the tablet another PC, albeit one that Windows' hardware and user interface layer needs to support better. However, in striking back at Android evolution, Microsoft risks collateral damage to its own mobile OS. Can Windows Phone 7 co-exist with a ARM-based version of the real thing?

Let's look at the competition. Microsoft's support of both x86 and ARM with its "desktop" OS and support of ARM with Windows Phone 7 represents a contrast to Apple and Google -- even though, as Microsoft accurately pointed out, both have dual OS strategies. Apple reserves Mac OS for notebooks and desktops while using iOS in its tablet and smartphone, although some believe that iOS will eventually replace and not just influence Mac OS later down the road. For Google, it's open season, so to speak, as device manufacturers call the shots, but while Android has been moving to support larger devices with the Honeycomb release, Google's Chrome team has also staked out the notebook. Both operating systems support x86 and ARM, and we will no doubt see notebook-like devices with both of them.

While Apple's position is defensible (and the only one that has been successful on both fronts), Switched On has previously questioned the role of Chrome in the wake of Android's success. Is there, then, a need for the just relaunched Windows Phone 7 in a world where Windows itself runs on ARM architectures? While Microsoft refrained from any discussion of the user interface of the next version of Windows, the company made sure to remind us of its touch expertise via a revamped flat-panel version of Surface, and Windows development chief Steven Sinofsky dismissed the challenge of implementing touch user interfaces, even scaled to a variety of differently-sized screens. The next version of Windows -- and apps developed for it -- may well dynamically adapt their UI depending on the usage scenario, with a traditional desktop mode when used as a clamshell notebook, a Metro-like touch experience when used as a tablet, and a Media Center-like experience when projected onto a television screen for a 10-foot entertainment experience.

Microsoft mentioned mobile devices as candidates for this revamped Windows; there's no telling at this point how small that will go. Confusing the matter a bit more, Intel CEO Paul Otellini noted on Intel's most recent earnings call that the PC chip giant will be able to ride "desktop" Windows as it slims down into the handset market. "[W]e have the ability to put our lowest-power Intel processors, running Windows 8 or the next generation of Windows, into phones." As it stands, we might see both of Microsoft's operating systems compete for the same realm.

However, there is a good reason to draw the arbitrary line between Windows and Windows Phone 7 at devices that are indeed phones. Whereas Microsoft's hardware partners may seek more openness in its tablets than what Apple provides, handset carriers want some degree of consistency and control to reduce support costs. Providing that degree of consistency and control could also help differentiate from Android. Or, much as will be the case with 10-inch notebooks running either Android or Chrome, we may well see 4.5-inch or 5-inch handhelds running Windows or Windows Phone 7 both. Perhaps some embedded version of the former will eventually cause the demise of the latter. For the time being, though, there is a place for Windows Phone 7 even as it shares ARM support with its big brother platform.

Ross Rubin is executive director of industry analysis for consumer technology at market research and analysis firm The NPD Group. Views expressed in Switched On are his own.
In this article: Android, Apple, ARM, Armdroid, ASUS, Google, LG, Microsoft, Motorola, NVIDIA, ross rubin, RossRubin, switched on, SwitchedOn, UI, user interface, UserInterface, Windows, Windows 8, Windows Phone 7, Windows8, WindowsPhone7, Wintel, WP7, x86
All products recommended by Engadget are selected by our editorial team, independent of our parent company. Some of our stories include affiliate links. If you buy something through one of these links, we may earn an affiliate commission.
Share
Tweet
Share