NVIDIA's massive A100 GPU isn't for you 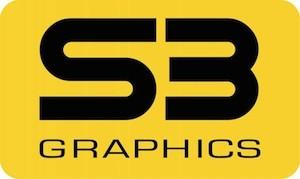 AppleInsider is reporting that Apple has countersued S3 Graphics after the company, a maker of graphics-visualization technologies for the notebook and desktop markets, originally sued Apple last June for patent infringement related to a number of Apple's devices, including the iPhone, iPod touch and MacBook computers. The original complaint stated that Apple has violated four S3 patents relating to image processing systems and "fixed-rate block-based image compression with inferred pixel values."

AppleInsider notes that at this time it is not clear why Apple is countersuing S3 Graphics. The details of their complaint, filed this month, remain unknown. Apple's complaint in a US District Court in the Northern District of California is currently classified as an "oversized document," which means that no one can download it (yet) to find out what it contains. The countersuit does appear to be related to patents. However, it is not currently clear whether Apple is accusing S3 Graphics of patent violations itself, or if Apple is seeking to invalidate the patents S3 is suing it for violating.

In this article: graphics, lawsuit, patent, s3, s3 graphics, S3Graphics
All products recommended by Engadget are selected by our editorial team, independent of our parent company. Some of our stories include affiliate links. If you buy something through one of these links, we may earn an affiliate commission.
Share
Tweet
Share