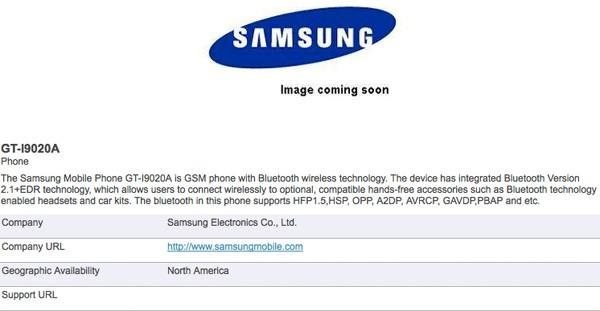 Up in Canada, Mobilicity's CEO made an odd comment recently that Bell, Telus, and Rogers will all be getting the Nexus S around the same time that his carrier does in March. Why is that odd? Well, as it stands, no variant of the Nexus S supports the 850 / 1900MHz WCDMA that would be necessary to run (at high speed, anyway) on those three networks. Circle back around to the Bluetooth SIG, where PocketNow has discovered an entry for a GT-i9020A; you might recall that the European version of the device is the i9020, while T-Mobile's AWS-compatible build is the i9020T, with "T" ostensibly standing for "T-Mobile." By extension, it's definitely conceivable that the "A" here is for "AT&T" -- which, again, would line up with the Mobilicity exec's verbiage. If this is true, it's theoretically possible that we could see AT&T and its similarly-equipped Canadian cousins get their own Nexus S as soon as five-odd weeks from now. Like the Nexus One before it, we've got a hard time picturing AT&T officially subsidizing this thing -- but hey, an unlocked full-price version is a solid start, we'd say.
In this article: android, android 2.3, Android2.3, att, bell, gingerbread, google, gt-i9020a, i9020a, nexus s, NexusS, rogers, rumor, samsung, telus
All products recommended by Engadget are selected by our editorial team, independent of our parent company. Some of our stories include affiliate links. If you buy something through one of these links, we may earn an affiliate commission.
Share
Tweet
Share