Doodle Jump getting an Arcade version, plushies via licensing deal 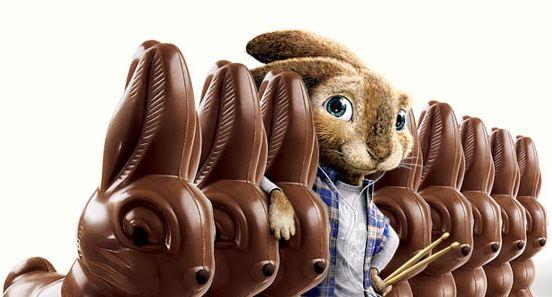 Here's an interesting story out of Macworld this week. Doodle Jump, recently featured as the Top Paid App of all time, is going to Hollywood, but not quite in the way you might think. Rather than a Doodle Jump movie, the movies are instead coming to Doodle Jump, as Universal has announced a deal to put the main character of its upcoming film, Hop, in the popular iOS game as a promotional download. The movie comes out April 1, but in February, Doodle Jump will get an Easter-related level, with the official Universal character in the app as a bonus.

Sure, it's probably not the most exciting iOS tie-in -- the film was directed by the same guy who did the recent Alvin and the Chimpmunks movies, and unless you brought kids, it wasn't much to write home about (and even then, we hear it wasn't all that great). But still, this is an iOS title that's making a major deal with a Hollywood studio -- very impressive for the folks over at Lima Sky, and it's probably an indication that we'll see more collaboration between indie iOS developers and other forms of entertainment in the future.
In this article: doodle jump, doodle-jump, DoodleJump, easter, hop, ios, iOS 4, Ios4, macworld, movie, movies, promotional, studios, tie-in, universal
All products recommended by Engadget are selected by our editorial team, independent of our parent company. Some of our stories include affiliate links. If you buy something through one of these links, we may earn an affiliate commission.
Share
Tweet
Share