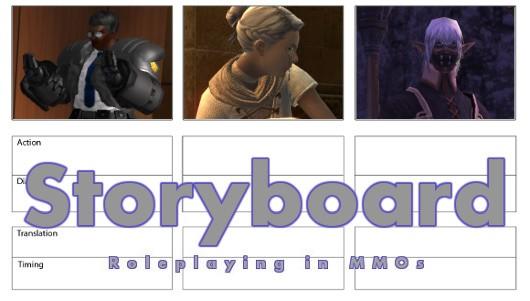 I keep expecting to run out of ideas for the various archetypes that I've been discussing, but more of them keep coming to me. The past six columns have all highlighted characters who are distinct from one another yet at the same time make compelling centers to their own stories. For roleplaying purposes, they move to the forefront of the ensemble cast when needed and slip to the middle the rest of the time.

But not everyone whose name is in the credits is necessarily going to be The Hero. Today's archetype probably won't be remembered as the one who accomplished any great deeds, unless you look at it by association. But she's still a vital character to any group, someone who provides an emotional and moral center amidst a horde of conflicting personalities -- even if no one might remember it. Today we're taking a look at the Mentor and all of the things that she brings to the table even from a more subtle role.

Unlike a scholar, the Mentor doesn't need any more learning. She has learned what she needs to know, has figured out the nuances of her particular craft, and might very well be content to spend the rest of her life peacefully. Older or younger, she's reached a point of maturity and stability, and she doesn't find herself wrestling with personal demons very often. If anything, she finds herself wrestling with others who need the knowledge she already has but who may or may not be willing to accept what she has to teach.

Mentors are fundamentally more adult characters, less drawn to the spotlight and more to the supporting role. Frequently they're a fair bit older, but a younger mentor is possible -- she just needs to have the experience to back up her claims. There's no universal demeanor among the archetype, but there is a universal sense that whatever crisis people are facing, there will be more time and more opportunity to correct everything. It's not that time heals all wounds, it's just that time gives some much-needed perspective on almost every situation.

In most narratives, a mentor usually emerges to teach a pupil whose mission is especially promising. It's fine for other stories, but as I've talked about, roleplaying is too open-ended for this to sit comfortably. Still, it can work well enough to first introduce a mentor into a group of roleplayers, with the character sticking around afterward out of a sense of momentum or obligation once the triggering event is resolved.

But it's not the most comfortable fit, and a better answer is built right in to the archetype: On a fundamental level, the Mentor really likes teaching. She might be done with the bulk of her own adventures, at least from her perspective, but the fact of the matter is that she's more at home with a group of adventurers doing whatever it is that group of adventurers finds important. She's had enough of the spotlight, but the urge to head out into adventure and danger and all the rest never quite erodes.

If that still isn't quite where you want your character to go, the Mentor can very easily still have a connection to someone else -- a family member, a child of a friend, or even a student from a more formalized academy. If your Mentor happens to be a mage, for instance, she could be checking up on her old pupil of her own volition, and once she sees how desperately everyone else needs her advice...

Usually, characters are young people at the beginning of their rise to prominence. Most quest text and in-game storytelling reflect precisely this -- you're referred to as being young and inexperienced. Bringing someone into the mix who has a fair share of experience and may not be all that young can be an interesting contrast, giving you the opportunity to play the voice of sanity amidst a more tumultuous setting. It can take the form of deflating in-character drama at times, or it can just as easily give a rationale for some of the game-based facts that everyone seems to know regardless of setting-plausability. (If there was ever an archetype designed to let you transfer out-of-game knowledge into the game seamlessly, the Mentor is it.)

And let's not forget that while the Mentor may have resolved most of her outstanding issues, that doesn't cover everything. Old friends and enemies could be waiting in the wings and the far reaches of the world, and there's always room to tell more tales about what happened in the past. It adds backstory, gives an opportunity for character development, and lets the Mentor step briefly into center stage before stepping back out -- and because it's not a frequent occurence, it's much easier to share the spotlight accordingly.

There's an obvious issue that I've specifically left alone the whole time. In most fiction, the mentoring characters are significantly more skilled than their charges, at least at the beginning. Sometimes this isn't going to be the case in an MMO, especially if your character is at the early part of the level curve and all of your contemporaries and students are at the high end. You're going to have to handle this problem, but luckily there are a few good options.

First of all, the Mentor may very well have allowed her skills to atrophy between her time of activity and the present. Thus, leveling is less a process of learning and more a process of remembering how to use certain techniques effectively once again. Second, she also could be a teacher in a field that's not directly spoken to by game statistics. A RNG/NIN at the level cap might not necessarily know the first thing about political intrigue, and that sort of thing can be useful when gunplay would just be inconvenient. Last but not least, she could be theoretical rather than practical, depending on certain fields -- a mage who always worked in the lab instead of actually casting a fireball.

There's also the important point to note that you cannot teach someone who doesn't want to learn. Before making a sagacious mentor generously handing out wisdom, make sure you're bringing her into an environment where such a character would actually be welcome. Otherwise, you're just telling everyone what to do, something that rubs everyone the wrong way. In the same way you would with a paladin's morality, you have to take a gentle hand when playing a mentor.

For those of you who missed our previous columns on archetypes, a quick rundown:

Next week I'm going to take another gander at an old topic, bringing back some issues that I didn't fully explore the first time around. As always, commentary is welcome via the comment field or by mail to eliot@massively.com. I'm especially eager to see what people think about playing an archetype that lends itself to older characters, as I find myself increasingly older. (Stupid relentlessly linear time.)

Every Friday, Eliot Lefebvre fills a column up with excellent advice on investing money, writing award-winning novels, and being elected to public office. Then he removes all of that, and you're left with Storyboard, which focuses on roleplaying in MMOs. It won't help you get elected, but it will help you pretend you did.
In this article: archetype, archetype-discussion, background, backstory, character-origins, column, experience, featured, lore, mentor, mentors, metagaming, opinion, roleplaying, rp, storyboard
All products recommended by Engadget are selected by our editorial team, independent of our parent company. Some of our stories include affiliate links. If you buy something through one of these links, we may earn an affiliate commission.
Share
Tweet
Share