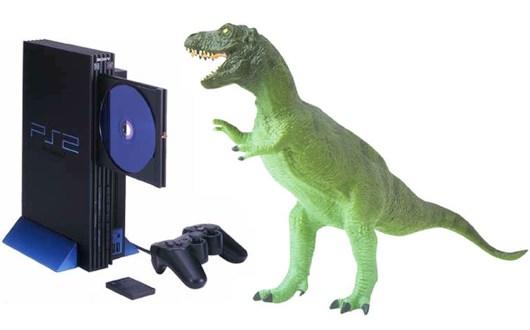 So just how much is 150 million? If Sony was limited to shipping only one PlayStation 2 per minute, it would've taken over 285 years to reach the milestone it announced today; instead, it took only 10 years and 11 months since the console debuted in Japan in early 2000 to ship 150 million units.

Curiously, nearly 30% of the press release is dedicated to the EyeToy camera, which (get this!) "tracks the users' hands or body movement through the camera" – if only Sony paid that much attention to the promising peripheral when it was released! Other fun facts: The PlayStation 2 library is a whopping 10,828 titles deep (that's nearly three titles released every day since the console was released!) with more than 1.52 billion units of software sold.

Let's put it another way, if a Tyrannosaurus Rex bought one piece of PS2 software every ... hey, where are you going?
In this article: eyetoy, sales
All products recommended by Engadget are selected by our editorial team, independent of our parent company. Some of our stories include affiliate links. If you buy something through one of these links, we may earn an affiliate commission.
Share
Tweet
Share