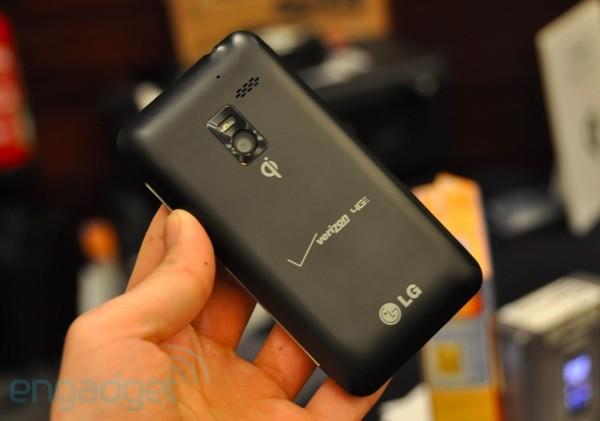 We've just swooped our way through the Fulton Innovation stand here at MWC and found, sat next to the familiar light-up cereal box, a peculiar version of the Verizon LTE network-riding LG Revolution. Thicker than its CES-announced counterpart (by only 1.5mm, if the Fulton reps are to be believed), this Revolution features a Qi wireless charging-compatible back, which happens to go very nicely with a Verizon-branded inductive charging station. You can scope those out in the gallery below. We're told the back cover that makes this possible will be available as an accessory in the next 30 to 60 days, but the excitement for us was in hearing that Samsung also has an unannounced handset that will feature a similar add-on, which will be landing in the same timespan. While at the stand, we were also shown the back cover of an HTC Thunderbolt -- we weren't told the Thunderbolt will be making like the Revolution and getting its own chunky wireless charging adapter, but don't be surprised if it does.