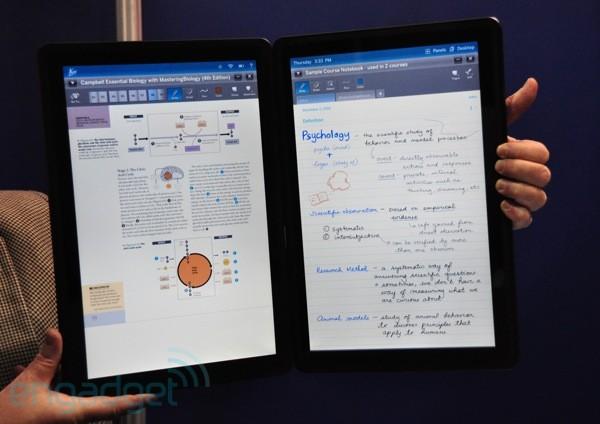 We were somewhat taken aback when Kno confirmed its textbook tablet had been delayed without a word on when production would resume, but the company now says pre-orders will experience up to two months' delay before they ship out, and not all of them will. eBookNewser and CrunchGear report that shipments could be delayed until as late as April 14th, and that the first shipment will be restricted "to a limited number of students and teachers." Kno still hasn't provided a reason for the delay, but we think that the newly closed-off website says a lot. "You now need an invitation to get a Kno," it reads, "There aren't enough to go around."
In this article: delay, delayed, delays, education, Kno, Know, tablet, tablet pc, tablet textbook, TabletPc, tablets, TabletTextbook
All products recommended by Engadget are selected by our editorial team, independent of our parent company. Some of our stories include affiliate links. If you buy something through one of these links, we may earn an affiliate commission.
Share
Tweet
Share