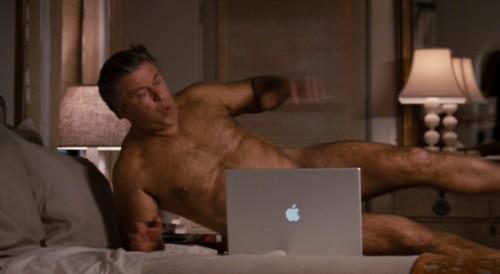 Something you already knew to be true has just been confirmed by Omnicom's Interbrand brand consultancy division: Apple reigns supreme in Hollywood films. Interbrand's Brandchannel website dug deep into the fetid bowels of product placement to reveal Hollywood's preferences (paid or personal) in the 33 films that hit the US box office number one slot in 2010. Brandchannel identified 591 total brand or product appearances for an average of 17.9 placements per film, with Apple appearing in ten of the top films for a 30 percent share -- Nike, Chevrolet, and Ford each appeared in eight. Incidentally, Iron Man 2 won the dubious distinction of being cluttered with the most identifiable brands (64) in 2010. Apple is actually off from its peak of 50 percent of number one films in 2008 and 44 percent in 2009 as demonstrated in the chart after the break. But it's not for a lack of trying. Brandchannel contends that the competition for brand placement has simply intensified resulting in fewer appearances of Janoff's U+F8FF.

In this article: ad, advertising, apple, brand, brandchannel, coca-cola, coke, film, ford, hollywood, interbrand, iron man 2, IronMan2, logo, movie, omnicom, product placement, ProductPlacement, shocker
All products recommended by Engadget are selected by our editorial team, independent of our parent company. Some of our stories include affiliate links. If you buy something through one of these links, we may earn an affiliate commission.
Share
Tweet
Share