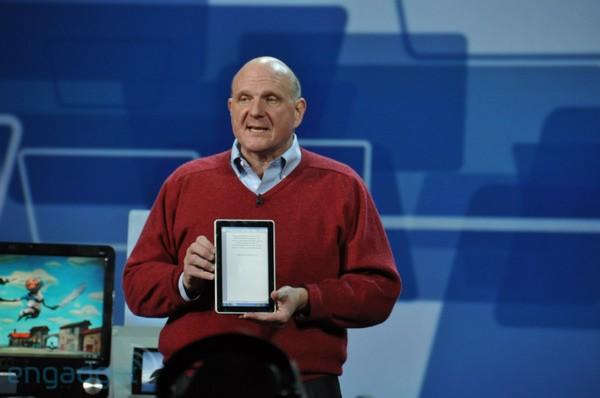 We've caught wind of many whispers about a Windows designed specifically for tablets, but the latest scuttlebutt states we won't get to add them to our mobile arsenal anytime soon -- Bloomberg's anonymous sources report that Microsoft won't release a tablet operating system until the 2012 back-to-school season, and will only begin to publically test the OS at the end of this year. That suggests not only a timeframe, but also a likely plan -- it's not hard to imagine Microsoft would enjoy a slice of the educational market before iPads replace textbooks entirely at schools with cash to burn. Of course, Dell seems to think there'll be a Windows 8 slate in January of next year.
In this article: microsoft, operating system, OperatingSystem, OS, rumor, rumors, tablet, tablet os, tablet pc, TabletOs, TabletPc, tablets, Windows, Windows 8, Windows8
All products recommended by Engadget are selected by our editorial team, independent of our parent company. Some of our stories include affiliate links. If you buy something through one of these links, we may earn an affiliate commission.
Share
Tweet
Share