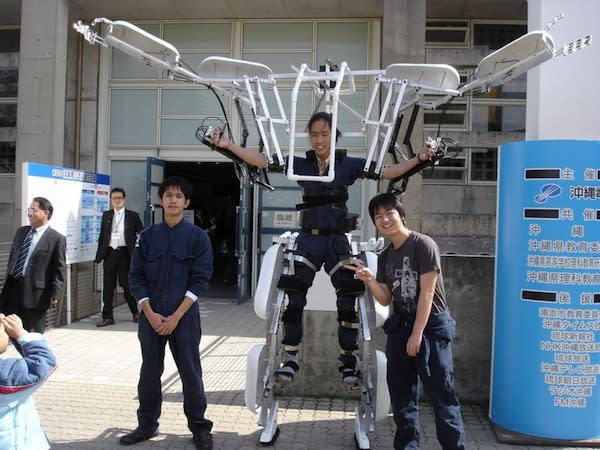 This so-called Skeletonics exoskeleton may not have any motors or hydraulics like most of its powered counterparts, but that doesn't mean it isn't still plenty capable -- as a new, elaborately produced video amply demonstrates. We won't spoil it all for you, but lets just say things pick up when the guitar licks start, and there's definitely someone running for their life before the end. See for yourself after the break.

In this article: exoskeleton, skeleton, skeletonis, video
All products recommended by Engadget are selected by our editorial team, independent of our parent company. Some of our stories include affiliate links. If you buy something through one of these links, we may earn an affiliate commission.
Share
Tweet
Share