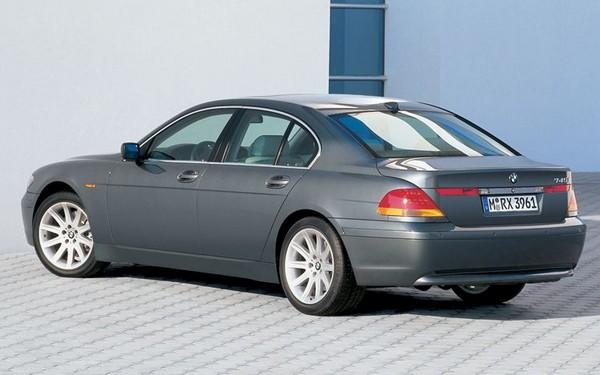 That's the E65 7 Series up there, considered by many to be as ugly a car as they come. It's the product of one Chris Bangle, Chief Designer at BMW for most of the '90s and '00s, who strove to give cars a futuristic, deconstructivist design that didn't always find favor among car buyers who were still stuck in an orderly present. Now we actually are in the future and, well, that rear-end still isn't looking any better, but Bangle did pave the way for more dramatic stylings in modern cars. He stepped away from the auto industry two years ago and now we're hearing that he's moving on to a gig at Samsung. Interestingly, Sammy and BMW have had something of a relationship over the years. We saw newer 7 Series sprout support for the T*Omnia in 2009, and back in 2005 Samsung's Chief Marketing Officer told Bloomberg that the company needed to "become like a BMW." According to Korean paper JoongAng Ilbo, Bangle will be working on cellphones and netbooks, which we expect to feature dramatic flame surfacing along with Dame Edna indicator lights and oddly bulging posteriors.

[Thanks, Tim]
In this article: bmw, chris bangle, ChrisBangle, design, designer, samsung
All products recommended by Engadget are selected by our editorial team, independent of our parent company. Some of our stories include affiliate links. If you buy something through one of these links, we may earn an affiliate commission.
Share
Tweet
Share