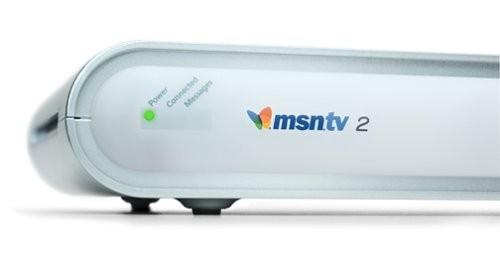 "Don't throw the past away. You might need it some rainy day."

-Peter Allen, from the song "Everything Old Is New Again"

During the late '90s and early '00s, the hype bubble grew large about a number of ideas that never reached critical mass. WebTV was going to democratize the Internet, but it devolved into a market niche after being acquired by Microsoft. WiFi providers such as MobileStar and later Cometa Networks hoped to build vast WiFi networks that would compete with cellular plans. Those bubbles popped back in the day, but curiously, companies are now willing to pump some energy back into them. The question is whether they are in any better position to float this time around.

TV and the Web. WebTV and its MSN TV successors faced a number of challenges trying to create a Web experience on a standard-definition television, and didn't help their prospects much with a subscription model. Since those days, the PlayStation 3 and Nintendo Wii have both implemented basic Web browsers, but now a new generation of TVs and add-on boxes are making the leap too, with Google TV-based devices from Logitech and Sony in the market since last fall, and Samsung recently announcing that its new generation of smart TVs will include a full Web browser. Today's flat-panel HDTVs overcome the limited resolution and interlaced displays that challenged WebTV, and most of the plug-ins of that era have faded away on their own, with Flash being the only modern sticking point.

Another big difference between today's Web and that of WebTV is the flurry of video available to watch -- enough content to inspire the creation of sites like Clicker just to keep track of it all. However, just because the video is out there does not mean that content companies want you to view it on your television screen, as the rash of companies blocking access to their video content to browsers on TV -- even when such content is freely available to any desktop PC. Also, Internet-delivered video has been a double-edged sword for internet TV adoption, as many manufacturers are packaging up services such as Netflix and Hulu Plus as standalone services (or "TV apps") that could substitute for Web-based video.

Input and user interface remains a challenge with few consumers wanting a full-sized keyboard in their living room. However, one of the benefits of integration with the TV (or popular add-on devices such as Blu-ray players) is that manufacturers such are building integrated thumb keyboards into their remote controls, largely preserving the small form factor of these handheld devices in offerings from Samsung and Vizio. Google TV supports the software keyboards on cell phones as an input method as well.

Carriers and WiFi. Despite cellular networks becoming faster than ever, WiFi is fast becoming a standard feature of smartphones. The benefits include being able to control and transmit content to devices around the home -- using methods such as DLNA and AirPlay -- but it's also helpful for offloading internet traffic that would otherwise be applied towards one's cell phone bill. Many handsets now have the ability to automatically switch to WiFi where it is detected, which works well in known hotspots such as the one they may have at home, but the processes for getting onto free and paid public hotspots can be fraught with confusion, and occasionally risks, too.

At the CTIA Wireless expo last month, we saw two announcements that may serve to make that easier. Boingo, a company that has long facilitated roaming across paid hotspots, will build support for free public hotspots into its software. And over the longer-term, the Wi-Fi Alliance has announced that it is working with major cellular carriers on a new method that aims to make finding and paying for hotspot networks owned by large carriers as transparent as cellular roaming is today (although presumably much cheaper for international usage). Such streamlined WiFi roaming would benefit customers visiting destinations both within their country as well as outside of it. The downside is that such a progam will take time, and of course its success will depend on which of the major carriers support it, and how quickly they make their move.

The next Switched On will discuss another traditionally contentious tech combination left for dead that at least one company is now willing to tackle anew.
Ross Rubin (@rossrubin) is executive director of industry analysis for consumer technology at market research and analysis firm The NPD Group. Views expressed in Switched On are his own.
In this article: 802.11, Boingo, cinematical, column, Google TV, GoogleTv, MobileStar, MSN TV, MsnTv, Ross Rubin, RossRubin, Samsung, switched on, SwitchedOn, Vizio, web tv, webtv, Wi-Fi, Wi-Fi Alliance, Wi-fiAlliance, WiFi
All products recommended by Engadget are selected by our editorial team, independent of our parent company. Some of our stories include affiliate links. If you buy something through one of these links, we may earn an affiliate commission.
Share
Tweet
Share