Now we're talking. After Nintendo slyly told us that the 3DS set a day-one US sales record for its handheld division, it has now been more forthright and actually disclosed some cold hard numbers. 400,000 3DS units were shifted in the month of March, says Nintendo of America chief Reggie Fils-Aime, which amounts to just one working week's worth of sales when you consider the portable console launched on March 27th. That was still enough time for it to threaten the DS' overall March tally of 460,000, however, and extrapolated over a full 30 days would total a whopping 2.4 million transactions. Of course, sales rarely sustain such a roaring pace after launch, but Reggie foresees good things for the 3DS with a marquee Legend of Zelda game, the launch of the E-Shop, and Netflix integration all coming over the summer. So the future's bright, we just wish it didn't have to be turquoise.
In this article: 3ds, data, e-shop, eshop, figures, gaming, handheld, handheld console, handheld gaming, HandheldConsole, HandheldGaming, launch, nintendo, nintendo 3ds, nintendo of america, Nintendo3ds, NintendoOfAmerica, numbers, reggie fils-aime, ReggieFils-aime, release, sales, statistics, stats, us, us sales, usa, UsSales
All products recommended by Engadget are selected by our editorial team, independent of our parent company. Some of our stories include affiliate links. If you buy something through one of these links, we may earn an affiliate commission.
Share
Tweet
Share 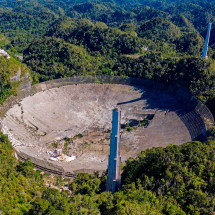