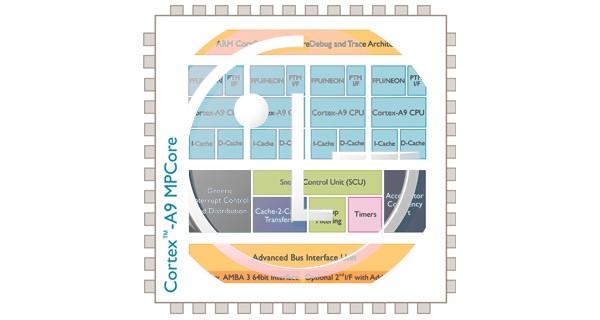 Some of LG's brightest attractions at the moment are the dual-core Optimus 2X and Optimus 3D smartphones and similarly equipped Optimus Pad tablet. The only problem with them? Those multicore chips are produced by NVIDIA for the 2X and Pad and Texas Instruments for the Optimus 3D, leaving LG a clear step behind its arch-nemesis Samsung who is producing its own dual-core system-on-chip. So what else could LG possibly do but buy its own ARM license -- specifically for the Cortex-A9 design that is dominating today and the Cortex-A15 with Mali-T604 graphics that promises to rule the mobile world from 2012 onwards -- and start churning out its own processors? The Korean company certainly has the budget, if not the manufacturing facilities, to produce such chips at volume, and we're all for seeing another competitor enter the ARM arena. This licensing deal also reminds us that the last fresh licensee to ARM's blueprints was Microsoft -- so we can now look forward to two industry giants bringing their technical expertise to this rapidly growing marketplace. See LG's full press release after the break.

"LG's relationship with ARM over a number of years has provided significant value to our overall business. In addition, the ARM ecosystem has provided LG with partners to help differentiate our product offering," said Boik Sohn, VP and Head of System IC Center, LG Electronics. "The scalability of ARM processing solutions combined with the software ecosystem will enable smart, open platform systems, and drive connectivity and web enabled interactions. This new licensing agreement will provide LG with the next generation processor technology that will allow us to maintain leadership in display enabled connected devices, such as smart digital TV's and smart phones, and drive our platform strategy."

LG, who first licensed ARM technology in 1995, has incorporated ARM processors across its product lines, from handsets to Digital TVs.

"Working with technology leaders, such as LG Electronics, has helped ARM to develop the most advanced, energy efficient processors for use in key markets, such as home and mobile computing," said Ian Drew, Executive Vice President of Marketing, ARM. "With access to the latest ARM IP, LG will be well positioned to maintain its technology leadership and drive innovation in display technology and smart connected devices."

LG Electronics, Inc. (KSE: 066570.KS) is a global leader and technology innovator in consumer electronics, mobile communications and home appliances, employing more than 80,000 people working in over 115 operations around the world. With 2009 global sales of 55.5 trillion Korean won (USD 43.4 billion), LG comprises four business units – Home Entertainment, Mobile Communications, Home Appliance, and Air Conditioning and Energy Solution. LG is one of the world's leading producers of flat panel TVs, audio and video products, mobile handsets, air conditioners and washing machines. LG has signed a long-term agreement to become both a Global Partner and a Technology Partner of Formula 1™. As part of this top-level association, LG acquires exclusive designations and marketing rights as the official consumer electronics, mobile phone and data processor of this global sporting event. For more information, please visit www.lg.com
In this article: arm, arm cortex, arm cortex-a15, arm cortex-a9, ArmCortex, ArmCortex-a15, ArmCortex-a9, cortex, cortex-a15, cortex-a9, future, lg, license, licensee, mali, mali t604, mali-t604, MaliT604, microprocessors, plans, processor, processors, roadmap, schedule, soc, system-on-chip
All products recommended by Engadget are selected by our editorial team, independent of our parent company. Some of our stories include affiliate links. If you buy something through one of these links, we may earn an affiliate commission.
Share
Tweet
Share