The idea of cars preventing accidents before they happen isn't novel, but at the end of the day, collision detection systems are only as smart as the information being fed to them. That's the ethos behind Continental's new stereo camera system, which spots people, pets, and other objects in a vehicle's path, and measures their height, distance from the vehicle, and how they might be moving. This rig, which will be just another part of Continental's ContiGuard safety system, uses the difference in the lenses' optical paths to make these calculations -- so long as those obstacles are 20 to 30 meters (66 to 98 feet) away. The company also says the cameras are sharp enough to detect partially obscured objects, and claims accuracy within 20 to 30 centimeters (8 to 12 inches). No word on when it will be ready to ship seeing cars, though if the press release is any indication, German drivers are likely to get their test drive first.
Show full PR text

Frankfurt am Main. Continental, the international automotive supplier, will add a stereo camera to the comprehensive ContiGuard® safety system as an integral element of its forward looking braking systems. This will help prevent or at least reduce the seriousness of the frequent accidents involving pedestrians or with vehicles at intersections; to date, accidents like these make up almost half (46.6 percent) of those traffic accidents in Germany that result in major personal injury. "What is expected of our accident prevention and avoidance systems is that, instead of prioritizing obstacles, they should be able to help in every hazardous situation. This means that we must look for new ways of monitoring a vehicle's surroundings", said Dr. Andreas Brand, Head of Passive Safety & ADAS Business Unit at Continental's Chassis & Safety Division. Since the stereo camera has two 'eyes', it is able to use the difference in the images within one camera shot to detect every type of obstacle, from loads that have fallen onto the road to people and animals, and can determine their size and the distance to them. This cannot be done sufficiently reliably with mono-cameras, which also have to be taught to recognize a car or a motorcycle and which are then only able to identify objects that they have learned.

"Since the stereo camera also realizes the already familiar assistance systems, such as Lane Departure Warning, Traffic Sign Recognition, and Intelligent Headlamp Control, we think that it will set a new trend in the medium to long term and will be available for all vehicle categories, from compact cars to premium vehicles", added Brand.

Two cameras and full image analysis within a single unit
The stereo camera consists of two high-resolution CMOS mono-cameras, housed approximately 20 centimeters apart behind the windshield. Whereas a mono-camera only estimates distances, the stereo camera measures the distance to an object and its height from the road surface. This is made possible by the differences in the perspective between the left-hand and the right-hand optical paths. In other words, the stereo camera's analyzing electronics exploit the same effect that gives humans spatial vision, i.e. the parallax shift between two images. At medium distances of 20 to 30 meters, the stereo camera can determine the range to the object with an accuracy of between 20 and 30 centimeters. The stereo camera retains its high resolution capability even under difficult circumstances in which other technologies for object recognition might well reach their limits; for example, when several objects are in close proximity to each other, when objects are partially obscured, or when there is poor contrast between the object and its background. The fundamental strength of the stereo camera is its ability to compare the two optical paths because the redundant information obtained when both images contain identical zones with matching characteristics enhances the reliability of the data. In addition, the optical paths support each other in poor visibility, at dusk for example, so that they function better.

Safety through six-dimensional analysis
In addition to the spatial position (3-D) of any object that it detects, the stereo camera provides particularly crucial supplementary data for the active driving safety systems. It can determine the direction in which every pixel of an identified object is moving along the horizontal, vertical, and longitudinal axes. This six-dimensional (6-D) identification makes absolutely clear whether an object is moving and in which direction. Combined with object classification, based on common characteristics, this process invests the stereo camera with such a high standard of decision-making certainty that it is able to initiate emergency braking (up to 1 g) if the driver fails to react to the object. The accuracy of the system enables the stereo camera to calculate the precise point of impact of a potential collision and to make the best possible use of the remaining time to prepare appropriate protective measures. The stereo camera functions through the whole speed range.

Since the stereo camera can also identify potential ways, within its field of vision, in which the vehicle could take evasive action, other options are for a collision warning to be issued or for automatic braking to be applied earlier if no evasive maneuver is possible. The advantage of this is that a few hundred milliseconds are sufficient for an emergency stop to make the difference between sustaining bruises and suffering far more severe injuries. With its range of up to 60 meters, the stereo camera provides the best possible basis for developing braking systems that are truly looking-ahead.

"In the future, the stereo camera will even be able to detect children, who are small pedestrians, cyclists, and wheelchair users crossing the road. We are, in fact, realizing a comprehensive obstacle recognition system, the like of which has never before been possible", said Wilfried Mehr, Head of Business Development for advanced driver assistance systems. 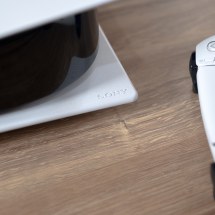