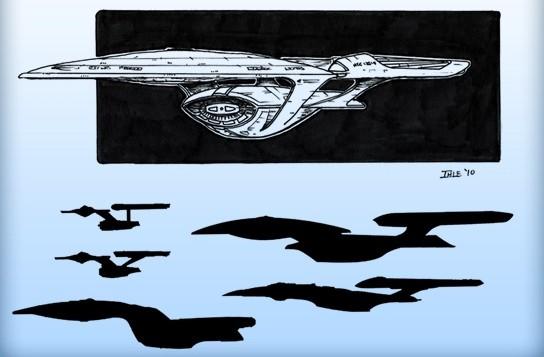 A while back, Star Trek Online's development team asked players to submit their entries for the next generation of the starship Enterprise. If you're at all familiar with the years of fiction, of course, you know that designing the next incarnation of the Federation's flagship is no small feat -- not only do you have to come up with a craft that still adheres to the designs set forth by countless previous ships, but you also have to make something that looks futuristic and advanced on its own.

The contest's winners have finally been announced, and it looks like players were more than up to the challenge, producing a variety of ships that would make an excellent example for the ship of the line. The winning entry also includes a comparison of the new ship's profile compared with its famous predecessors, a treat for both Star Trek Online fans and fans of the series in general. Our congratulations to all the winners and runners-up.
In this article: contest, cryptic, cryptic-studios, design-the-next-enterprise, enterprise, fan-art, st, star-trek, star-trek-mmo, star-trek-online, sto
All products recommended by Engadget are selected by our editorial team, independent of our parent company. Some of our stories include affiliate links. If you buy something through one of these links, we may earn an affiliate commission.
Share
Tweet
Share