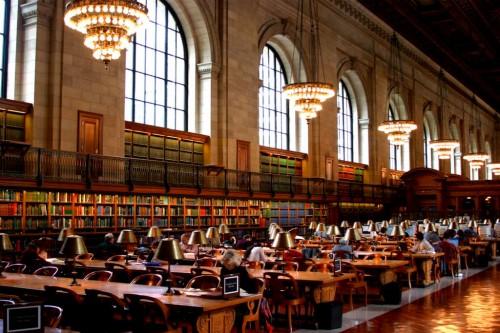 Both Amazon and Sony have already hopped aboard the e-book library lending train and now, it looks like they'll have to make room for 3M, as well. Yesterday, the company announced a new Cloud Library e-book lending service that will allow users to browse and borrow digital books directly from their iPads, Nooks and Android-based tablets. Under the program, 3M will outfit local libraries with its own software, hardware and e-book collection, which bibliophiles will be able to access via special apps, or 3M's new eReaders, which will be synced with available digital content. The company is also planning to install so-called Discovery Terminal download stations in libraries, allowing visitors to leaf through the collection from a touch-based interface. Thus far, both Random House and IPG have signed on to the initiative, though licensing details remain murky. There's also no word on when or where the service will launch, but 3M's Discovery Terminal and iPad app will be on display next month in New Orleans, at the American Library Association's Annual Conference. Full presser after the break.
Show full PR text
3M Cloud Library eBook Lending Service to Launch at ALA Annual Conference


WHO:
3M Library Systems, a global leader in library solutions with a 40-year history of innovation and outstanding customer service


WHAT:
Introduction of the 3M Cloud Library eBook lending service

The 3M Cloud Library System will revolutionize how patrons discover, borrow and read eBooks from their library. This eBook solution includes a comprehensive subscription for both digital content and in-library hardware, along with apps for borrowing and reading, providing libraries with a simple and turnkey system for participating in the digital revolution.

"This system helps libraries connect to patrons on site, at home and on the go," says 3M Library Systems Global Business Manager Matt Tempelis. "It's a great example of how 3M's ongoing commitment to libraries is helping them create the 21st century library."

"We worked closely with librarians to develop this system, which enabled us to create a solution that meets the needs of both librarians and library patrons," adds 3M Library Systems Digital Business Development Leader Tom Mercer. "The 3M Cloud Library eBook lending service has simplified the discovery, browsing and check out process for eBooks so that more patrons can enjoy the digital content their library provides."

At the ALA booth, visitors can test drive the new 3M eReaders and 3M Discovery Terminal, as well as the 3M Cloud Library App for iPad.


-- Leading publishers including Random House and IPG will be distributed via the 3M Cloud Library.
-- Additional publishing partners to be announced shortly.
-- 3M Discovery Terminals with an intuitive touch-based interface encourage patrons to browse and check out titles from the digital collection.
-- The 3M eBook Reader for libraries easily syncs with the content.

Patrons can read and check-out at home or on the go.
-- eBooks are compatible with PCs, Macs, iPads, Nooks, Androids and 3M eReaders. Patrons can browse the digital bookshelf from anywhere or use Discovery Terminal download stations in the library.