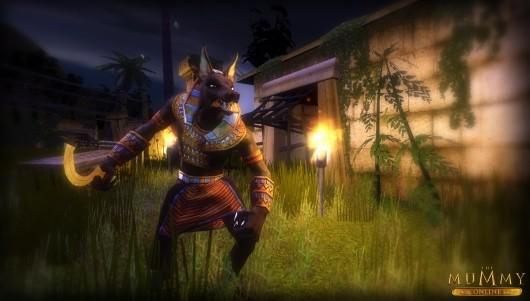 It's been almost a year since Bigpoint announced The Mummy Online, and we were starting to suspect that the project had been sealed back up in a tomb... forever. We even listed it as one of our top MMOs that went MIA in 2010. But it turns out that Bigpoint was just running quiet as it whipped up a whole new site and trailer for us to enjoy.

The Mummy Online is a continuation of the hit film series, which seeks to meld high adventure with historical horror. Bigpoint's Arash Amini feels that there's a lot of material for the team to mine: "Working with such a rich franchise not only enables us to leverage an incredible story; it also lends itself to further exploration and development perfectly suited for an online game that can evolve over time."

This free-to-play browser title is set at the southern tip of the Nile, where tombs, burial grounds, oases, and ruins wait for the intrepid grave robber. It looks to have fast-paced action (with guns!) in a 3-D isometric viewpoint. Bigpoint's hoping to get The Mummy Online to release by this fall, but in the meantime you can check out the lore and screenshots on the official site as well as the teaser trailer below.

In this article: arash-amani, bigpoint, f2p, free-to-play, mia, mummy, mummy-online, new-site, nile, official-site, teaser, teaser-trailer, the-mummy, the-mummy-online, trailer, universal, universal-studios, video
All products recommended by Engadget are selected by our editorial team, independent of our parent company. Some of our stories include affiliate links. If you buy something through one of these links, we may earn an affiliate commission.
Share
Tweet
Share