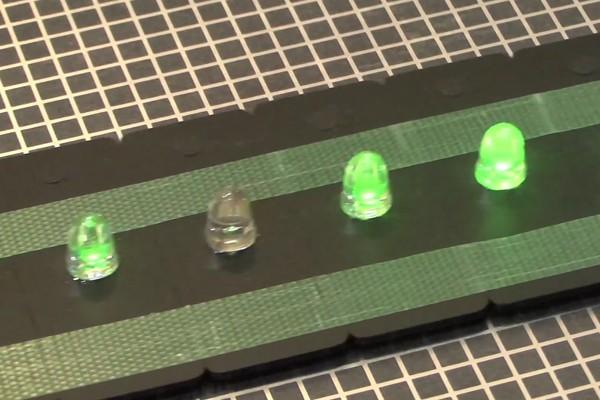 If you haven't already heard, wireless charging is all the rage -- cars, cameras, and, of course, cellphones have all benefited from the burgeoning technology. Now a team of researchers at Japan's National Institute of Information and Communications Technology (NICT) are showing off a 2D power transmission system that could turn your pockets into wireless charging stations. According to its creators, "When a 2.4GHz high frequency signal is transmitted through the sheet, it becomes a wireless conductive object." Electromagnetic waves are captured in the sheet and can be concentrated in particular areas, allowing for individual activation of multiple devices, and thus increasing efficiency -- systems like Qi currently require a dedicated transmitter per device. The NICT says the power it provides is still relatively weak -- about 1W -- but it has plans to eventually bring the technology to soft fabrics. So maybe that Snuggie charging station you've been dreaming of isn't so impractical after all.