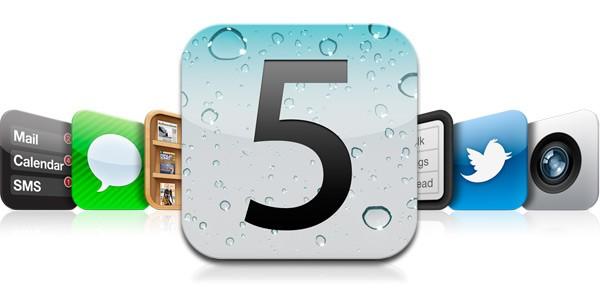 Scott Forstall has just taken the WWDC 2011 stage and details about the changes and improvements in iOS 5 are flowing thick and fast. Keep one tab in your browser locked to this post as we update it with all the new features, and throw another one open for our liveblog where you'll get to see and read the very latest as it happens.

We've now put together the full list of highlights from the WWDC presentation, which you'll find after the break. iOS 5 will be made available this fall, with compatibility promised for the iPhone 4 and 3GS, iPad 1 and 2, and iPod touch 3rd and 4th generation. SAN FRANCISCO―June 6, 2011―Apple® today previewed iOS 5, the latest version of the world's most advanced mobile operating system, and released a beta version to iOS Developer Program members. The iOS 5 beta release includes over 200 new features that will be available to iPhone®, iPad® and iPod touch® users this fall. New iOS 5 features include: Notification Center, an innovative way to easily view and manage notifications in one place without interruption; iMessage, a new messaging service that lets you easily send text messages, photos and videos between all iOS devices; and Newsstand, a new way to purchase and organize your newspaper and magazine subscriptions. With the new PC Free feature, iOS 5 users can activate and set up their iOS device right out of the box and get software updates over the air with no computer required.

"iOS 5 has some great new features, such as Notification Center, iMessage and Newsstand and we can't wait to see what our developers do with its 1,500 new APIs," said Steve Jobs, Apple's CEO. "Perhaps iOS 5's paramount feature is that it's built to seamlessly work with iCloud in the Post PC revolution that Apple is leading."

With iOS 5 and iCloud®, you just enter your Apple ID and password and iCloud will seamlessly integrate with your apps to automatically and wirelessly keep all of your mail, contacts, calendars, photos, apps, books, music and more, up-to-date across all your devices without ever having to connect to a computer.

Notification Center provides iOS 5 users with an innovative way to easily access all notifications―text messages, missed calls, calendar alerts, app alerts and more, all in one place, from anywhere in iOS 5. When they arrive, notifications appear briefly at the top of the screen without interrupting what you're doing. With one swipe you can see all your notifications, and a simple tap will take you right to its app for more detail. Notifications also appear on the lock screen, with the ability to be taken to the notifying app with just one swipe.

Newsstand is a beautiful, easy-to-organize bookshelf displaying the covers of all your newspaper and magazine subscriptions in one place. A new section of the App Store™ features just subscription titles, and allows users to quickly find the most popular newspapers and magazines in the world. If subscribed to, new issues appear in the Newsstand and are updated automatically in the background so you always have the latest issue and the most recent cover art.

Safari is the world's most popular mobile browser, and with iOS 5 it's now even better. New features include Safari® Reader, which gets all the clutter out of the way and sets the right font size on a web page, so you can easily scroll and read through a story; Reading List, so you can save articles to read later and they automatically show up on all your iOS devices; and Tabbed Browsing, which makes it easy to flip between multiple web pages on iPad.

iOS 5 includes built-in Twitter integration, so you can sign in once and then tweet directly from all your Twitter-enabled apps, including Photos, Camera, Safari, YouTube and Maps with a single tap. New APIs give third party developers the ability to take advantage of the single sign-on capability for their own iOS 5 apps.

iMessage in iOS 5 brings the functionality of iPhone messaging to all of your iOS devices―iPhone, iPad and iPod touch. Built right into the Messages app, iMessage allows you to easily send text messages, photos, videos or contact information to a person or a group on other iOS 5 devices over Wi-Fi or 3G. iMessages are automatically pushed to all your iOS 5 devices, making it easy to maintain one conversation across your iPhone, iPad and iPod touch. iMessage also features delivery and read receipts, typing indication and secure end-to-end encryption.

The new Reminders app helps you manage your tasks; create and group related tasks together; and set time or location-based reminder alerts, priorities and due dates, so you can be reminded of a task as its deadline approaches, or when you arrive or depart a given location. Reminders can also be viewed in iCal® and Outlook and are updated automatically.

New features in the Camera and Photos apps give you instant access to the camera right from the lock screen, and you can use the volume-up button to quickly snap a photo. Optional grid lines help line up your shot and a simple tap locks focus and exposure on one subject. The new Photos app lets you crop, rotate, enhance and remove red-eye, and organize your photos into albums right on your device to share them on the go.

With the new PC Free feature, iOS 5 users can activate and set up their iOS device right out of the box with no computer required, and iOS software updates are delivered over the air and installed with just a tap. Wi-Fi Sync in iOS 5 transfers and backs up your content securely over SSL and wirelessly syncs purchased content from your device to your iTunes® library.

Additional new features in iOS 5 include:

- Game Center, now with the ability to add photos to your profile, purchase new games from within the Game Center app and easier ways to find friends and new games;
- Mail enhancements which include the ability to compose messages using draggable addresses, and a new formatting bar with bold, italics, underline and indention controls;
- AirPlay® Mirroring to wirelessly display everything you do on your iPad 2 right on your HDTV through Apple TV®; and a system-wide split keyboard to make it even easier to type on your iPad.

Availability
The iOS 5 beta software and SDK are available immediately for iOS Developer Program members at developer.apple.com. iOS 5 will be available as a free software update for iPhone 4, iPhone 3GS, iPad 2, iPad, iPod touch (fourth generation) and iPod touch (third generation) this fall. Some features may not be available on all products.
In this article: announced, apple, ios, ios 5, Ios5, ipad, iphone, ipod touch, IpodTouch, launch, mobile software, MobileSoftware, official, operating system, OperatingSystem, os, software, video, wwdc, wwdc 2011, Wwdc2011
All products recommended by Engadget are selected by our editorial team, independent of our parent company. Some of our stories include affiliate links. If you buy something through one of these links, we may earn an affiliate commission.
Share
Tweet
Share