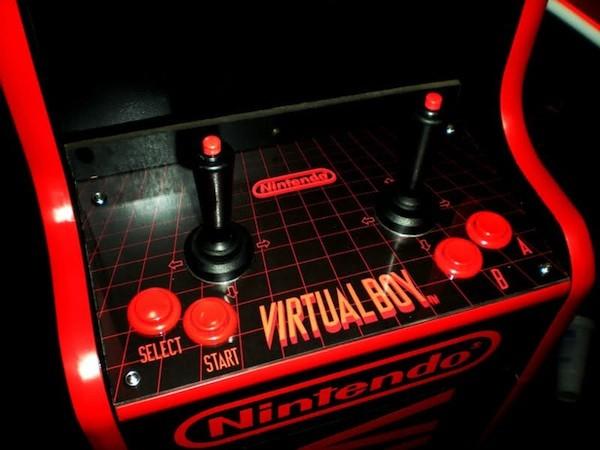 As you may have noticed, we have a bit of a soft spot for Nintendo's other 3D device, the Virtual Boy -- despite its many, many flaws. So, it seems, does DIYer Tighe Lory, who liked the oddball console so much that he built an full-size arcade cabinet for it. As you can see above, that comes complete with some custom joysticks that replace the Virtual Boy's controller, along with a sliding mechanism that lets you adjust the Virtual Boy itself to just the right height instead of forcing you to hunch over a table. It even has some buttons on each side specifically for Galactic Pinball, and some other authentic arcade touches like a Nintendo serial plate and a backlit marquee. Head on past the break for Tighe's grand tour on video.

In this article: arcade, arcade cabinet, ArcadeCabinet, cabinet, diy, nintendo, video, virtual boy, VirtualBoy
All products recommended by Engadget are selected by our editorial team, independent of our parent company. Some of our stories include affiliate links. If you buy something through one of these links, we may earn an affiliate commission.
Share
Tweet
Share