NASA and ESA will team up to deflect Earth-bound asteroids

SpaceX will assist NASA's first-ever mission to redirect an asteroid 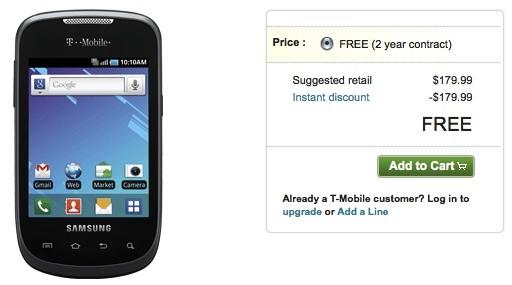 Not a lot of surprises here, but T-Mobile has just confirmed a pair of earlier rumors surrounding three different Android-based phones from Samsung. That includes the Samsung Exhibit 4G and Gravity Smart, which will both indeed be launching on June 22nd, and the entry-level Samsung Dart (pictured above), which is available today for free on a two-year contract. The Exhibit 4G is the highest-end of the lot, with a 1GHz Snapdragon processor and Android 2.3, while the Gravity Smart drops things down to Android 2.2 but adds a QWERTY keyboard, and the Dart packs some specs that T-Mobile's choosing not to highlight for the most part -- though it's apparently a variation on the Galaxy Mini, which boasts a 600MHz processor and 3.1-inch QVGA display.
In this article: dart, exhibit 4g, Exhibit4g, gravity smart, GravitySmart, samsung, samsung dart, samsung exhibit 4g, samsung gravity smart, SamsungDart, SamsungExhibit4g, SamsungGravitySmart, t-mobile
All products recommended by Engadget are selected by our editorial team, independent of our parent company. Some of our stories include affiliate links. If you buy something through one of these links, we may earn an affiliate commission.
Share
Tweet
Share