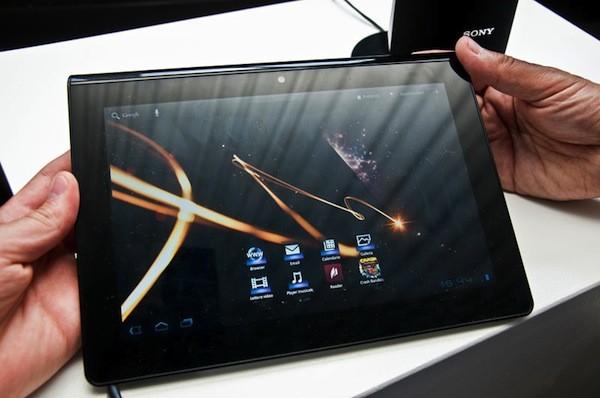 Sony's S1 and S2 Honeycomb tablets have been very coy in front of the cameras since their initial unveiling. Aside from two visually pleasing short films and a tease of a hands-on, we haven't seen much of them since -- or any specific release details, for that matter. The former's changed at least, however, thanks to Notebook Italia. The site managed to handle the duo long enough in front of a lens to capture a bevy of snapshots, along with a short video of the S1 running PlayStation Suite. If you've been anxious to get a better look you'll find the S1 clip past the break, and all of the photos by hitting the source link below.

Update: Niccolo from HDblog.it wrote in just as this post was going live, offering up another batch of screenshots and another hands-on video. That's down below, enabling double your viewing pleasure, and double your fun.