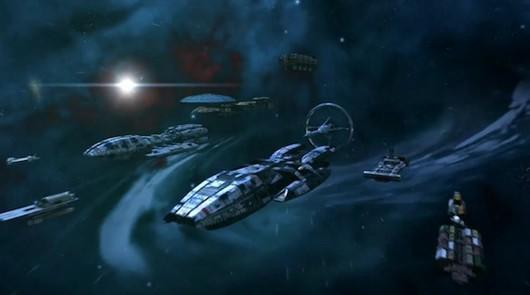 Bigpoint just can't seem to stay out of the news today, and whether its the incendiary pay-to-win remarks of an executive or an update to its Battlestar Galactica browser MMO, there's a lot of interesting buzz swirling around the company of late.

The devs are adding a new line of fleet recon ships to Battlestar Galactica Online, and the craft will enable both Colonial and Cylon players to jump directly to their targets while "in proximity of an erupting battle." The ships will debut in mid-September and are modeled on the Raptor and Heavy Raider craft from the beloved Syfy television series. Bigpoint's latest press release also mentions that the Brimir-class carrier will be "available this fall, though its size, complexity, and impact on game balance must be optimized before its general release."

Finally, the company is trumpeting some new metrics, and the release says that BSGO has surpassed the five million registered player mark.

[Source: Bigpoint press release]
In this article: 5-milliion-registered-players, all-this-has-happened-before-and-it-will-happen-again, battlestar-galactica, battlestar-galactica-online, bigpoint, brimir, Brimir-class-carrier, bsg, bsgo, colonial, cylon, cylon-raider, f2p, film, heavy metal, HeavyMetal, metrics, new-ships, player-metrics, press-release, sci-fi
All products recommended by Engadget are selected by our editorial team, independent of our parent company. Some of our stories include affiliate links. If you buy something through one of these links, we may earn an affiliate commission.
Share
Tweet
Share