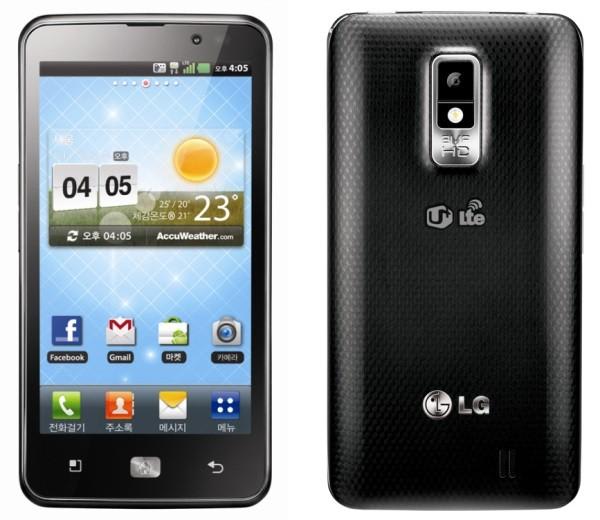 It may not be the biggest phone reveal coming in the next 24 hours, but leaked details had already piqued our interest in LG's next big thing. The Optimus LTE's screen rivals Apple's Retina Display at 326ppi and that high-definition sharpness is slathered on a 4.5-inch AH-IPS display. The sizable 1830mAh battery should be enough to keep the phone ticking over despite these high-end specs, which include a confirmed 1.5GHz dual-core CPU and eight megapixel camera. Will we get to see it on these shores? We're not sure of its travel itinerary after it reaches Korea, but we'd love to see this and Samsung's latest LTE wares tussle for our affections.
Show full PR text
LG LAUNCHES OPTIMUS LTE, FIRST 4G HD SMARTPHONE IN KOREAN MARKET

SEOUL, Oct. 4, 2011 – LG Electronics (LG) today announced the Korean market
launch of LG Optimus LTE, the first mobile device in the country to offer 4G
connectivity with the highest resolution IPS display available on a smartphone.
Developed in close collaboration with sister company LG Display, Optimus LTE
features a striking 4.5–inch "True HD IPS" display which offers advanced resolution,
brightness and clarity and shows colors in their most natural tones, as they were meant
to be seen.

"LG Optimus LTE is the first smartphone in Korea to offer vivid and clear HD content
on a 4G network," said Dr. Jong-seok Park, President and CEO of LG Electronics
Mobile Communications Company. "Our goal is to be a leading player in LTE devices
by continuously offering best-in-class products based on our LTE patents and knowhow."
According to a recent report by Jefferies & Company, LG was listed as the global leader
in LTE patents with ownership of 23 percent of approximately 1,400 LTE patents filed
worldwide, with a financial value of almost USD 8 billion. LG demonstrated the
world's first LTE technology in 2007 and developed the world's first LTE modem
chipset in 2008. LG introduced the world's fastest LTE technology in 2010 and