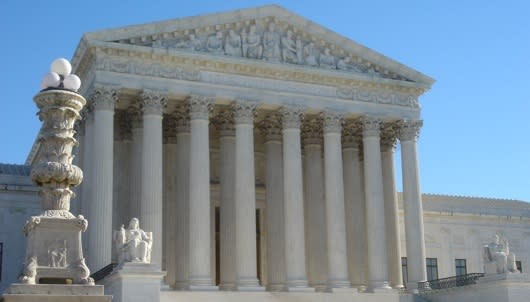 Legal representation ain't cheap, especially when your squad of top-notch lawyers are defending your industry/community's constitutional rights of expression. Apparently, setting legal precedent racks up a $1.4 million tab, and the Entertainment Merchants Association has requested that the bill be covered by the state of California, since they lost and everything.

Now that all the fun important history making stuff is over, though, it seems the Supreme Court has better things to do with its time than figure out whose millions of dollars belong to which lawyers. As a result, the task of approving/denying the EMA's request has been delegated to the Ninth Circuit Court.

Now that we think about it, does California even have $1.4 million to lose at this point? Call us crazy, but dine-and-dashing on the Supreme Court probably isn't possible.
In this article: 9th-circuit-court-of-appeals, brown, california, EMA, ema-v-brown, entertainment-merchants-association, law, legal, ninth-circuit-court, Supreme-Court
All products recommended by Engadget are selected by our editorial team, independent of our parent company. Some of our stories include affiliate links. If you buy something through one of these links, we may earn an affiliate commission.
Share
Tweet
Share