Nuance Dragon Mobile Assistant launches on Android, but only on ICS for now

Will Dragon speech apps remain in the app store for iPhone 4 owners? 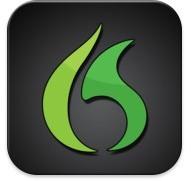 It was a bit of a shock to learn yesterday that the terrific Siri app, now owned by Apple, will get pulled from the app store. It's being done, I'm sure, to encourage people to get the Siri technology built into the new iPhone 4S. Although an interview with the co-founder of Siri indicated that they had to cut some corners to get the app to work on "older" hardware. Still, it seems, shall we say, small of Apple to kill an app that seemed to work just fine, and did some of the tasks that the new incarnation of Siri will do on the iPhone 4S.

One bright spot for those sticking with their current phones are the Dragon apps from Nuance. Dragon Dictation will take your voice and turn it into text for a note, an email, or a text message. Dragon Go!, which we have reviewed very positively, does much of what Siri does, connecting to Yelp, Google Maps, Open Table, various search engines and other web services so you can ask about a weather forecast, directions to any destination, and even the latest sports scores. Like Siri, the Dragon apps are powered by Nuance speech recognition software, and the processing is done in the cloud. Both the Dragon apps are free and work fine on the iPhone 4, 3GS, 3rd and 4th generation iPod touch, and the iPad.

A Nuance spokesperson assured me today that both apps are doing very well, and the company has no plans to pull them from the App Store. Together the apps can give you a rough approximation of what Siri on the iPhone 4S can do, but it doesn't have the same integration with iOS as Siri so it won't be as slick. I'm hoping Apple will reconsider what I think is a customer hostile decision to yank Siri. How about you? Do you think Apple should have pulled the plug on the Siri app?

In this article: DragonGo, iOS 4, iPhone, iPhone 4s, Iphone4s, Nuance, Siri, speech, speechtotext
All products recommended by Engadget are selected by our editorial team, independent of our parent company. Some of our stories include affiliate links. If you buy something through one of these links, we may earn an affiliate commission.
Share
Tweet
Share