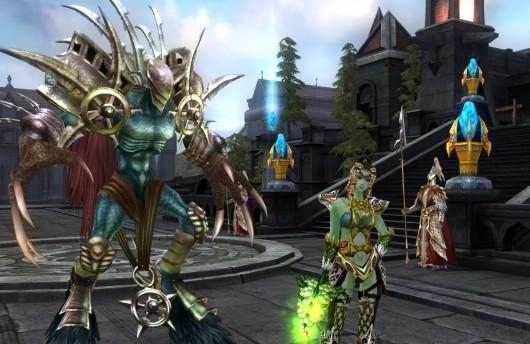 Earlier this year, Frogster announced its upcoming new MMO, Eligium - The Chosen One. But before you can test yourself in the game to see if you are in fact the figure of destiny referred to in the title, there's a much more functional test that has to take place. Specifically, the beta test. Yes, the official site has opened up registration with the alluring call of securing your beta access.

To help drum up the game on social media, the game's Facebook page is the nexus of the beta push; players who choose to Like the game and comment spurring more beta invitations being sent out. Of course, you can't get invited if you don't register, can you? While the solid details on the gameplay are still a bit sketchy, if you'd like to see what the developer of Runes of Magic is working on this time, you should probably head over to Facebook and start commenting.

[Thanks to Piaskowy for the tip!]
In this article: beta, beta-access, beta-keys, beta-promotions, closed-beta, eligium, eligium-the-chosen-hero, f2p, facebook, free-to-play, frogster, news, promotions, updates
All products recommended by Engadget are selected by our editorial team, independent of our parent company. Some of our stories include affiliate links. If you buy something through one of these links, we may earn an affiliate commission.
Share
Tweet
Share